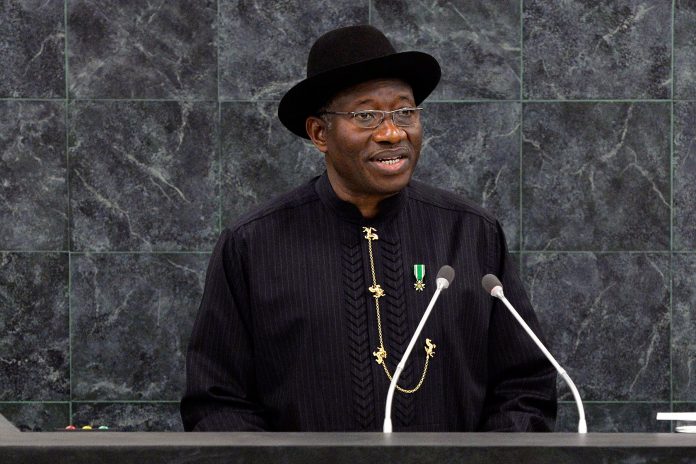 A group under the aegis of Youths Earnestly Demand For Goodluck Ebele Jonathan, YED4GEJ 2023, has asked all Nigerians to join in the efforts to convince former President Goodluck Jonathan to join the 2023 presidency race because he has solutions to all the problems facing the country.

YED4GEJ 2023 said this in a statement on Sunday while announcing the launch of #BringbackGEJ project, the hash tag for the campaign to convince former President Jonathan who lost the presidency to the incumbent President Muhammadu Buhari in 2015 after one full term of office to attempt a return as Nigeria’s leader in 2023.

YED4GEJ 2023 asked all Nigerians to join the campaign call for the return of Jonathan and also join its #BringbackGEJ project in a statement released by its National Chairman, Prince Teddy Omiloli and National Director of Operations, Comrade Douye Daniel on Sunday.

According to the group, the former PDP presidential candidate would tackle the challenges bedeviling the country if he is allowed to return to office as Nigeria’s president.

YED4GEJ 2023 noted that Jonathan had begun the process of restructuring of the country with the national confab he convened in 2014 before he was kicked out office a year late.

It added that it is convinced that the former President will implement resolutions reached at the summit if he is allowed to return to office.

“We, as youths of this great nation after discovering the Nigeria problems and found the solution in Goodluck Jonathan, we are calling on all Nigerians including our political elites, present administration and religious leaders to join the call for the return of Goodluck Ebele Jonathan and also join our #BringbackGEJ project.

“At this point in time, after a vivid look into the ideologies and activities of our present political players which includes the youths and elders, we saw in Goodluck Jonathan, a true democrat, a nation builder, a divine inspired goal oriented leader of integrity that has the solution to the present Nigeria problems.

“He (Jonathan) has proven that he can sacrifice anything to ensure the unity, peace and development of our great nation Nigeria.

YED4GEJ 2023 added that its members are ready to purchase nomination form for the former president and will also fund his campaign to return to power if he accepts their call which they described as ‘divine’ call.

Like YED4GEJ 2023, other groups had asked the former President to join the 2023 president race before.

Jonathan tried to jail me – El-Rufai