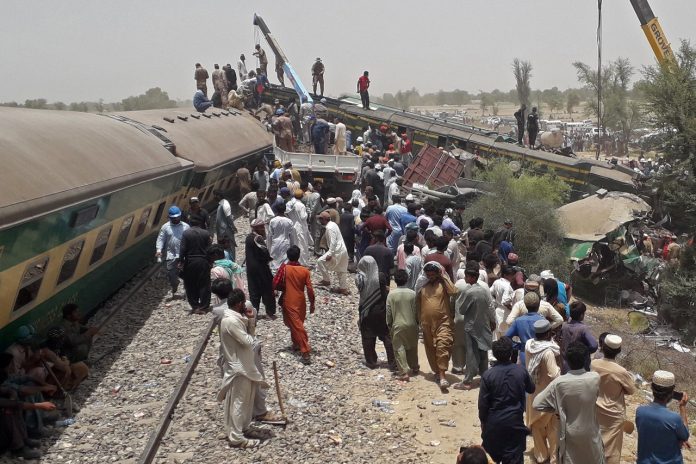 A train crushed a school van at an unmanned railway crossing in Pakistan on Tuesday, killing three students and wounding several others, officials said.

The van carrying students to school during morning rush hour was hit by the train in the town of Sheikhupura in the central province of Punjab, local police chief, Saleem Niazi, said.

He said the van driver misjudged the speed of the approaching train and tried to drive through the crossing before it arrived.

Two students died on the spot while another succumbed to his injuries at a local hospital official, Dr. Mohamed Imran, said.

Railway tracks across the region were laid by the British colonial rulers of the Indian sub-continent in the 19th century.

Most have not been upgraded since then. (dpa/NAN)