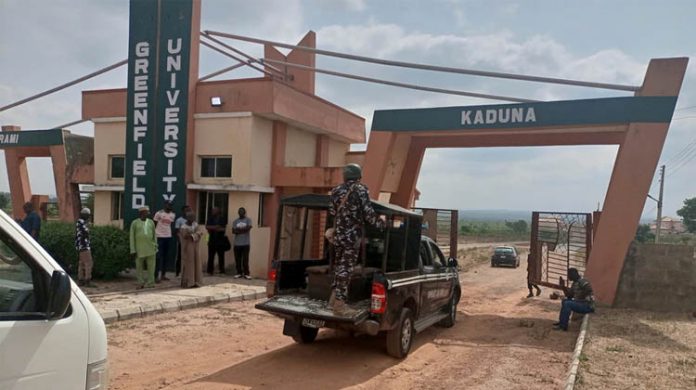 The bandits who abducted some students of Greenfield University, Kaduna State, have reached out to their parents to make fresh demands, Daily Trust reports.

They had initially demanded a ransom of N800 million which the parents could not afford.

Following the failure of the parents to pay N800 million, five of the students were killed within the first week of their abduction.

But last Monday, the mastermind of the attack, Sani Idris Jalingo, aka Baleri, demanded N100 million and 10 motorcycles, threatening to kill the remaining students the following day if their parents or government failed to meet the demands.

Although the deadline issued by Baleri has since expired, it was gathered that they reached out to the parents individually on Monday and demanded that they pay N10 million each.

“They called us today (Monday) and told me that if I pay N10 million today, my sister will be released today,” said a family member of one of the victims.

After the bandits threatened to kill the remaining students, it was learnt that one of the parents negotiated and paid N20 million for her son to regain freedom.

The Kaduna State Police Command through the Public Relations Officer, ASP Mohammed Jalige, however, said the police were doing everything to ensure the remaining students get their freedom.

Bill To Limit CBN Governor’s Authority Is Being Considered By The...