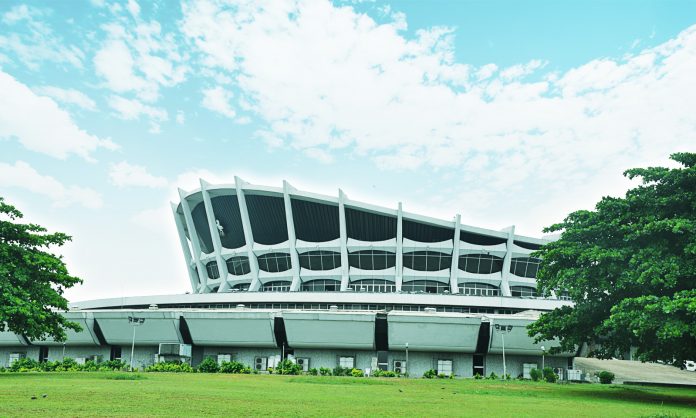 The National Theatre will have the capacity to employ about 16,000 Nigerians at the completion of its ongoing renovation.

This was revealed by Prof. Sunday Ododo, the General Manager of National Theatre.

He said the 44-year-old complex will provide over 16,000 jobs during and after its ongoing renovation, according to a report by NAN.

Ododo said on Thursday that most of the jobs would come from the fields of music, movies, fashion and information technology.

“Some of the jobs will be direct. Others will be indirect. The National Theatre will definitely be a hub for lots of activities,” he said.

Recall that the Central Bank of Nigeria (CBN) and the Federal Government recently signed a Memorandum Of Understanding (MOU) for the renovation of the complex.

Under the MOU, the CBN, through the Bankers Committee, will invest N21.894 billion to renovate the National Theatre, refurbish it and run it profitably.

CBN Governor Godwin Emefiele, at the signing of the MOU, said that revamping the complex would unlock a mass of creative talents of thousands of Nigerian youths in various fields.

Information minister Lai Mohammed, who signed on behalf of the Federal Government, had also said that the Private-Public-Partnership arrangement would stimulate growth in various sectors of the economy.

Ododo, while assessing the progress of the project, said that work had begun with the contractors fully mobilised to the site.

He said he was particularly excited at the prospects of many youths securing jobs at all stages of the renovation.

“The jobs will come directly and indirectly through the ongoing radical restoration, revamping and renovation of the edifice. When completed, the complex, which is 44 years old, will be a huge business centre.

“It will be the place to be. Food sellers and other petty businesses will not be left out. Those coming for events will be served.

“Administration after administrations have ensured the edifice stands. And I must salute our predecessors; I give them kudos. If not for their dedication and efforts, National Theatre would have collapsed long ago.

“It is capital intensive to maintain. So you can now imagine if a huge sum of 21.8 billion naira is being invested to restore the complex.

“If, for instance, we had maintenance support of a billion naira or even half a billion annually, we will not get to this point where so much is required to fix the edifice.

“That is why we are glad to inform Nigerians that with the new arrangement, there’s a component that says that once the work is finished, a company will be engaged to maintain the facility every day for the next five years.

“If its work is good, it will be re-engaged; if otherwise, another company will be brought on board.

“So, maintenance is part of the new arrangement so that we don’t go back to Egypt,” he explained.

He regretted that hospitality outfits had taken over the business of the centre.

According to him, these outfits make huge profits that could have been taken by the National Theatre.

“When the National Theatre is up and running, some of these event centres will have to be more creative to be in business.

“Though, we don’t want to send anybody out of business, but our own prime target is international businesses because we have facilities that can host international events which many of these event centres don’t have.

“Also, we will be making available a media centre that can take care of multi-language interpretation and all that.

“We have a 5,000-capacity main bowl. That one can take any UN event, any World Bank event, and any international event. National Theatre will be the centre to beat,” he declared.

There Is No Justice In Nigeria – Sheikh Gumi