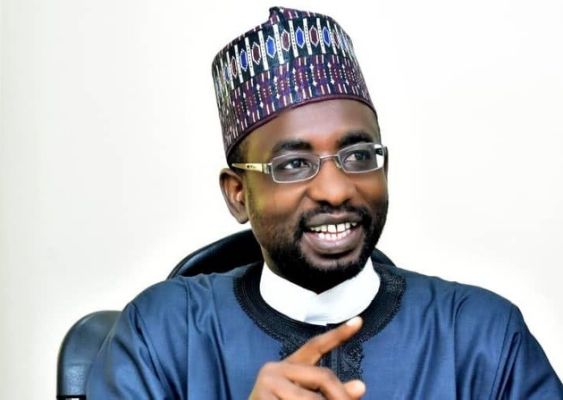 The Director-General of NITDA, Mr. Kashifu Inuwa, made the call on Tuesday in a statement issued by Mrs. Hadiza Umar, Head, Cooperate Affairs and External Relations of the agency in Abuja.

Inuwa made the call while on a working visit to IT stakeholders in Lagos.

He charged them to “come up with new business models, ways to change things, new organisational structures and disrupt the status quo which would accelerate digitisation.

“We look at innovation as a process, which is taking ideas from inception to impact which can be very difficult.”

The director-general said President Muhammadu Buhari had expanded the ministry’s mandates to cover the digital economy.

According to him, communications is just a technology which is a means to an end, but digital economy is using the technology to improve the economic status.

He pointed out that the stakeholders were engaged at the formulation of the National Digital Economy Policy and Strategy, while agencies under the ministry keyed in for the implementation of the policy.

He said NITDA was focusing on the startups and IT stakeholders.

Other stakeholders relevant for the implementation of the policy he said included the entrepreneurs who innovate, startup businesses and higher institutions where talents were enhanced.

Inuwa also recognised that the government was an enabler, while corporate organisations absorb the human capital, as well as venture capitalists, angel investors for funding and the media that would promote the products.

He said the meeting was also to share the Strategic Road Map and Action Plan (SRAP, 2021-2024) of the agency, anchored on seven pillars.

According to him, the pillars are Developmental Regulation, Digital Literacy, and Skills, Digital Transformation, Digital Innovation & Entrepreneurship, Cyber Security, Emerging Technologies and Promotion of Indigenous Content.

Inuwa reiterated that the agency cannot work in isolation, hence the need to engage stakeholders in all its implementation processes.

Mr Iyinoluwa Aboyeji, a representative of Future Africa and Innovation Stakeholders, said the government must work with partners in the ecosystem for good service delivery.

“If the government doesn’t work with us as a matter of urgency, everything will crash, variants need urgent intervention”.

“We can’t build talents in Lagos alone, it has to be from all parts of the country. If universities are being provided with laptops and internet connections, we as stakeholders can do the rest.

“We can provide the infrastructure, but the government has to partner with private companies as well as build research facilities,’’ Aboyeji said.

According to him, we have all the available resources but it will only go far with the government partners and relevant stakeholders.

Aboyeji urged NITDA to encourage local capital, adding that innovations and startups developed in the country were being recognised and funded by foreigners.

He regretted that the returns would be going back to the foreign countries, while Nigeria the host country was losing out.

He said there was the need for collaboration to figure out the concerns that prevented local companies from incorporating locally.

Other concerns raised by the stakeholders was the level of employability in IT hubs, the startup bill, public procurement and the need to bridge the gaps between the market and academic research institutions. (NAN)

Check Out the Hilarious Conversation between Alex Ekubo and His Mom

I Am Deeply Hurt And Embarrassed – Victoria Inyama Calls Out...