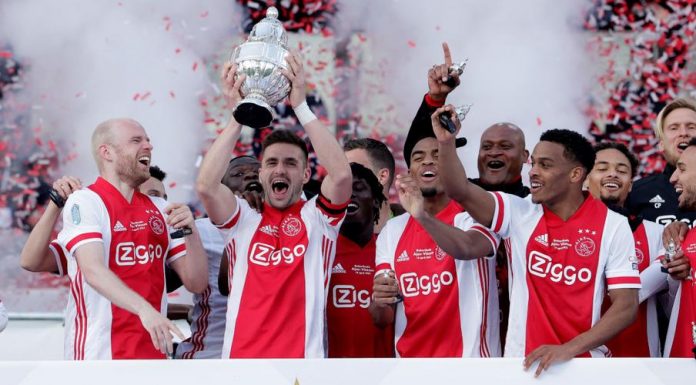 The victory also kept them on track for a league-cup double.

Erik ten Haag’s team has 72 points from 28 games, with six games remaining, while PSV Eindhoven and AZ Alkmaar both have 61 points.