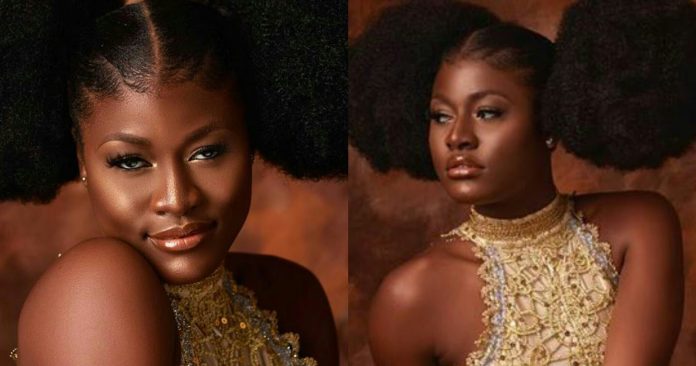 Former reality star, Alex Unusual has taken to social media to give the Lagos state government heads-up about her plans to start beating up children who forcefully clean cars in traffic.

In a Twitter post made by Alex on May 19, the reality star said these children often “leave the foam or scratch the cars when you don’t have cash to give.”

She also revealed she usually makes excuses for them but says it’s very frustrating dealing with the situation.

Announcing her plan to beat the children, Alex wrote; “Dear Government, this is me announcing in advance. One day, I’ll come down from the car and flog training into one of these children that forcefully clean cars in traffic then leave the foam or scratch the cars when you don’t have cash to give.”

“I usually make excuses for them as I understand that they aren’t taught to do better but it’s frustrating. Then again, it’s our duty as a government to get these kids out of the streets and I see little or no efforts being made. Dear Government, je kori e pe o.”

She continued; “I’ve said my own now before anyone will see any video anywhere or on any useless blog and call me wicked. I’ll flog that child and still give him/her money if I wish but they need to understand that one day, someone will have their time and also that they need to do better.”

READ ALSO  BBNaija: Why I want to settle differences with Pere before eviction – Whitemoney

Alex also replied a follower who advised her not to beat any of the children to avoid embarrassment.

“Don’t even try it. They will gather in their squad and embarrass u.” The follower said.

Alex responded, “Nobody ever DIE of embarrassment or insult ”

BBNaija: Amaka Should Have Congratulated Me After I Emerged Winner – Phyna (Video)

Allow Poor People Win The Money, You Are Rich — Fans Tell Sheggz’s Sister After She Campaigned For Him .

Governor Akeredolu Reveals What He Will Miss About His Late Mother

Anyone Who Says Nigeria Is Fine Needs To Be Examined –...