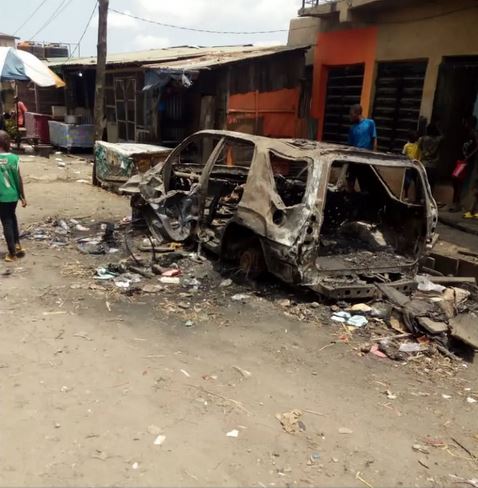 Before security operatives could come to the victim’s aid, his vehicle had been set ablaze while his house had been vandalised.

Before security operatives could come to the victim’s aid, his vehicle had been set ablaze while his house had been vandalised.

An eye witness, Usman Adam Sarauta, told Daily Trust that the youths also attacked security operatives who rushed to the scene after a distress call.

“They accused him of using words against the messenger of Allah, but this cannot be ascertained. Only God knows if this is true or not.”

“I witnessed how they vandalised his house and office and how they also burnt his car. I lived in that area and noticed how residents used to complain about the conduct of the vigilante commander. Some accused him of maltreating them… I think they may have ganged up against him because of this,” he said.

Another witness said Muhammed narrowly escaped but some of his boys were harmed.

“I learnt that the commander narrowly escaped after some security operatives came to his aid but some of his boys were not so lucky as they were brutally attacked. People are even saying they were killed but no evidence yet.

“The youths were seen in large numbers throwing stones to the security agents and I also heard that a stray bullet hit a woman who died immediately.”

Daily Trust gathered that security personnel are currently positioned in strategic places in the community.

Meet Mehmet Özyürek, Who Has The Longest Nose In The World...