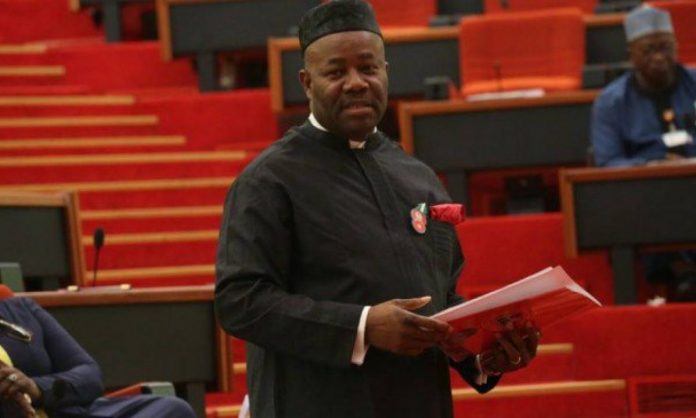 The Akwa Ibom State chapter of the All Progressives Congress APC has declared the alleged declaration of the Minister of Niger Delta Affairs, Sen. Godswill Akpabio, as party leader null and void, claiming that under state constitution, the state chairman is the head of the party caucus in the state.

The party decided at its second Stakeholders Meeting over the weekend in Uyo to study the party’s state of affairs in the first quarter of the year and to reflect on the party’s accomplishments and problems in the state.

In the communique issued after the meeting and obtained by our correspondent, stakeholders “endorsed the decision of the State Executive Committee SEC to declare as a nullity the unilateral proclamation and announcement of Sen.

Godswill Akpabio, the APC’s State Party Leader, violated the Party’s Constitution in the unauthorized and unconstitutional Stakeholders meeting on March 28, 2021. “That the Party hereby advises all members and the general public that the State Chairman (or Caretaker Chairman, as applicable) is the Chairman of the State Caucus as provided for in Article 12.9 Sub I of the Party Constitution (October 2014 As Amended) and remains the Party Leader in the State until further notice.”