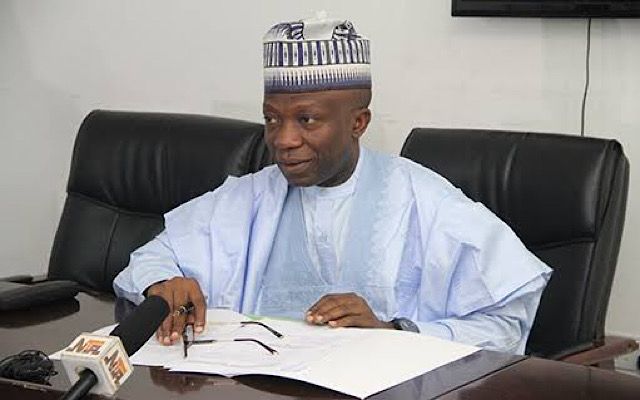 Sulaiman made this known at a one-day workshop on “Strict Compliance with Asset Declarations and Code of Conduct for Public Officials” held in Abuja on Friday.

The News Agency of Nigeria (NAN) reports that the training was organised by Code of Conduct Bureau (CCB) in collaboration with NILDS for senior staff of the institute.

Sulaiman, while underscoring the importance of asset declarations in the prevention of corruption, said the 1999 constitution and the CCB/Code of Conduct Tribunal Act made it mandatory for public officers and civil servants across the levels of government to periodically declare their assets.

“In general, asset declarations tend to be more successful if they are available for public scrutiny.

“This can multiply their anti-corruption value, as civil society, the media and the general public will have access and hence, better engage in the oversight process.”

He commended the Chairman and Board of the Bureau for actively repositioning the Bureau towards actualising its mandate of maintaining a high standard of morality in the conduct of government business.

Sulaiman also noted that NILDS would undertake an amendment of the Constitution to limit the list of public officers required to declare their assets and liabilities based on defined criteria.

“We will also work to improve the funding of the Bureau by placing it on the first-line charge to improve its operations and staff welfare, undertake verifications and ensure effective enforcement.”

The director-general expressed optimism that through the training, staff of the institute would better understand the importance of the code of ethics in government business and the constitutional responsibilities of the CCB.

“As senior officers, we are stewards who must be transparent and accountable in the use of government resources to justify public trust,” Sulaiman said.

In his remarks, Chairman, CCB, Prof. Muhammed Isah said that the main function of CCB was to enforce and ensure that public officers complied with the code of conduct of public officers which were listed in Schedule Five Part One of the Constitution.

Isah, who was represented by Mr Ubolo Okpanachi, a Board Member of CCB said the bureau also had the mandate of receiving complaints from any person against any public officer as to failure to comply with the code of conduct of public officers.

“If such claims are received, we also have the mandate to investigate them and then come out with our findings.

“Where our findings warrant taking action at the Code of Conduct Tribunal (CCT), which is our own court, then the matter will be referred to the CCT for ajudication.

“It is also in the CCB mandate to ensure that when a public officer is in the office, he is not supposed to manage any other business apart from his office because he is on full time appointment.”