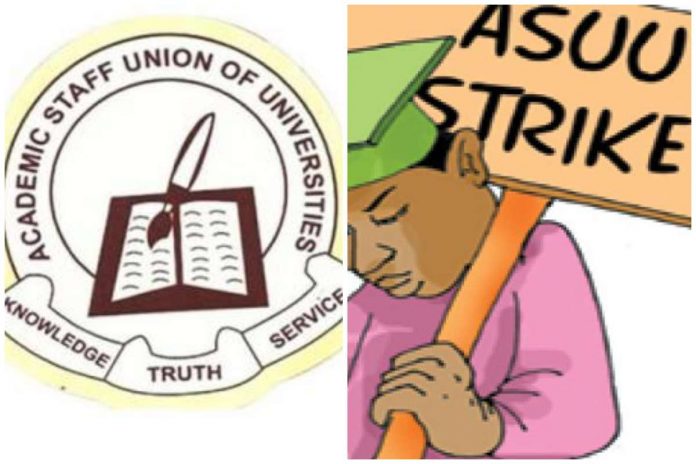 ASUU Chairperson Dr. Peter Adamu issued the order in a circular to union members on Monday.

Adamu urged members to remember that ASUU is an affiliate of Nigeria Labour Congress (NLC) and ASUU principal officers were part of the NLC National Executive Council that took the decision on the strike action.

“Also, members that violate the strike action must note that the union will not be there for them when the wrath of the governor falls on them,” he said.

He went on to say that ASUU must unite for a just cause because one person’s injury affects everyone.

Comrade Ayuba Wabba, NLC National President, had stated that the five-day strike would continue unless the state government addressed the workers’ grievances.

Remember that all economic activities in Kaduna State came to a halt on Monday as the NLC protested the Governor Nasir El-Rufai-led government’s sacking of civil servants. Banks, gas stations, shops, markets, and other commercial activities remained closed in strict accordance with the NLC’s directive.

BBNaija: Why I Can’t Date You – Allysn Tells Hermes