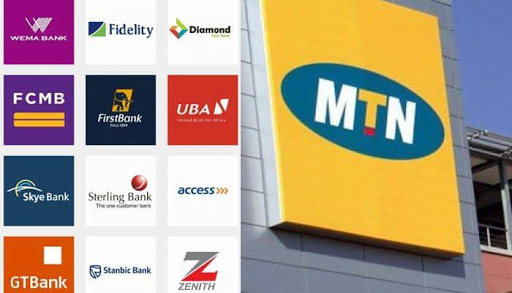 According to a bank CEO, Nigerian banks are not obligated to MTN Nigeria or other phone companies for using telecommunication networks to offer payment services.
“There is no such thing as a bank-to-telco obligation,” said Herbert Wigwe, chief executive officer of Access Bank Plc, during an investor call in Lagos. “We decided not to make a public comment because it is inappropriate for us to be caught competing with telcos in public,” he said on Thursday.

Wigwe is the leader of a group of bank CEOs negotiating with MTN Nigeria to settle a conflict that caused several banks to break the business off from their banking channels last week. This came after MTN, the West African country’s largest telecom services provider, cut the commission paid on airtime transactions across banking networks by nearly half, to 2.5 percent.

The move against MTN was an extension of a long-running fight between lenders and telcos in Africa’s largest economy over rates charged for services performed on each other’s platforms. Last month, telecom operators threatened to disconnect banks from delivering payment facilities on telco networks unless they paid a 42 billion naira ($103 million) debt reportedly owed by its members from end-user billing by their umbrella union, the Association of Licensed Telecommunications Operators of Nigeria.

The threat was dropped after the Central Bank of Nigeria and the Ministry of Communications and Digital Economy interfered in the conflict, resulting in a deal to compensate a fixed fee and repay any past-due debts.
According to Wigwe, telecom firms are demanding banks to remit money to them also for transactions that did not take place. “This is accurate that they continue to offer this service, but it has nothing to do with banks,” he said.

According to an emailed presentation, Access Bank’s purchase volume on telco channels more than doubled to 1.9 trillion naira in 2020 from 891 billion naira the previous year. If more consumers used the technology for purchases, the number of transactions increased by 80 percent to 590 million.