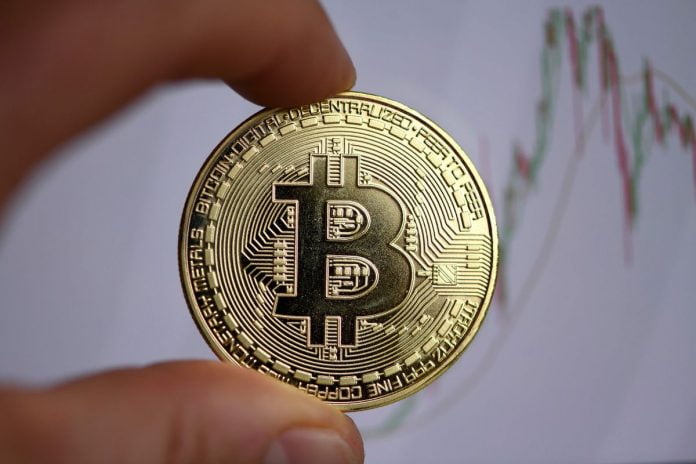 Bitcoin surpassed $63,000 for the first time on Tuesday, as cryptocurrency exchange Coinbase prepares to list the stock on Wall Street.
Bitcoin has hit $62,377, a 114 percent increase from the beginning of the year.
Since collapsing in 2018, the value of bitcoin has recovered and has been setting milestones since late last year, increasing from about $12,000 in October to more than $60,000 a month ago.

The listing of cryptocurrency exchange Coinbase on the Nasdaq on Wednesday is one of Wall Street’s most awaited activities of the year, despite some doubts about the cryptocurrency market’s sustainability.

Estimates of Coinbase’s value vary depending on how it is calculated, but its capitalisation is expected to range from $70 to $100 billion.

That would make it the largest initial public offer (IPO) for a US company since Facebook in 2012.

Founded in 2012, the platform allows users to buy and sell about 50 cryptocurrencies.

The cryptocurrency market has grown exponentially in 2021 and is now worth a staggering $2.0 trillion as it increasingly attracts interest from big names on Wall Street.

Although anybody can “mine” for new bitcoins, doing so includes massive storage centers, which has led to sites such as Coinbase offering cryptocurrency trading.
Transactions of some digital currencies are permitted by banks and payment systems such as Paypal.
Despite bitcoin’s 12-year-old uncertainty and drawbacks as a payment method, it is seen as a store of wealth that can equal and perhaps one day eclipse gold as a haven investment in the face of high inflation, for example.