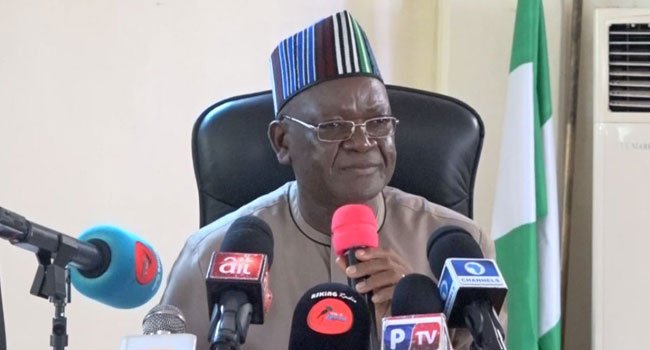 he governor stated that the attacks had become intolerable. He also stated that over 70 people were killed in the state’s Guma, Makurdi, and Gwer West local government areas (LGAs) in the last two weeks.

“You have all seen what is happening within the last two weeks. We have lost over 70 people in Guma, Makurdi, and Gwer West LGAs alone, in addition to what you have seen here.

“Many are in the hospital apart from the seven that were killed. But I want to say that our patience is being overstretched in spite of our preaching of rule of law and due process. You can see that the people are fed up.’’

Ortom urged President Muhammadu Buhari, as Commander-in-Chief of the Armed Forces, to accept full responsibility for the country’s security challenges.

He also urged other governors to wake up and persuade the president to address the country about the country’s ongoing insecurity.

“Mr President must rise up; he is the President of the Federal Republic of Nigeria. He has taken oath of office to secure and protect lives and property.

“This (attack) is not acceptable, this cannot continue. Mr President must rise up and address the nation. “My colleagues, the governors must rise and impress on the President to call a security submit, if possible to declare a state of emergency on security so that all hands will be on deck to address the situation in the country,’’ he said.

Buhari-led APC should resign, they have failed – Wike

A member of the House of Representatives criticizes presidential spokespersons over...