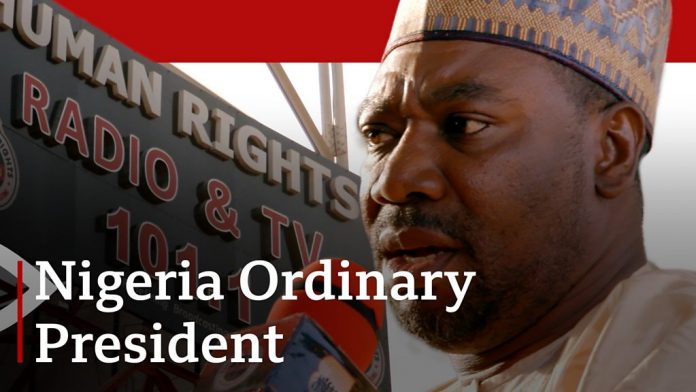 Ahmed Isah, the host of Brekete Family, a human rights programme, has announced plans to end his show amid the controversy that followed his assault of a woman.

Isah, popularly known as Ordinary President, was captured in an undercover investigation by BBC Africa Eye, assaulting a woman who appeared on his show.

This was followed by public criticism and a cross-section of Nigerians has demanded a public apology from him.

Speaking on the Wednesday edition of the programme, Isah tendered an apology for slapping the woman but vowed to stop the popular the programme.

Isah bungled the case of some kids arrested 20 years ago whose whereabouts have been unknown since then.

There is a report by BBC Africa Eye in which Isah had promised heaven and earth, in order to get justice victims of an alleged human rights violation, only for him to later back out.

This has all the signs of someone pulling out of a course following inducement or intimidation.

In the report, Isah was investigating a case involving eight children who were arrested by local vigilantes 20 years ago on the orders of Senator Alphonsus Obi Igbeke Urbanese, who was then a wealthy businessman.

But 20 years after, the children, whose crime was using firecrackers, have yet to be seen by their parents. The youngest of them was just 10 years old.

A cleric, Eberechukwu Attah, was seen in the video expressing the belief that the matter could gain the publicity needed with the help of Isah.

Isa replied, “We will follow up this matter to its logical conclusion by the grace of God.”

Ahmad later called Urbanese, who said he would prove his innocence within three weeks. He was heard saying, “Let me tell you something, they are liars.”

Isah further gave the parents of the affected children hope, saying, “We are going to Anambra State to conclude on this matter. Big men cannot just try anything and get away with it.”

His statement was followed by an enthusiastic applause from parents who believed justice was getting closer to them and would be theirs eventually.

However, after repeated promises of actions, Isah later said he was not going to travel nor investigate the case further.

Ahmed Isah, the host of the Brekete Family, was caught on video slapping a man he accused of ‘writing names without his permission.'(Video)

Photo Of Dr. Chike Akunyili Hours Before He Was Gruesomely Murdered