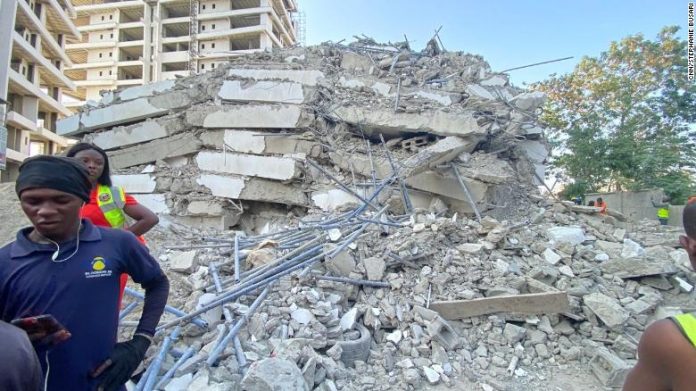 The National Emergency Management Agency (NEMA) said it has established contact with some of the victims trapped in the 21-Storey building that collapsed on Gerard Road, Ikoyi.

Mr. Ibrahim Farinloye, NEMA Coordinator, South West, disclosed this to newsmen as the  rescue operation in search of the victims intensified.

Farinloye said that the victim, who spoke to one of his relatives and confirmed by the rescue team, said some of them gathered around the mustard point in the building when it collapsed.

He noted that rescue operations had intensified, but with caution, to ensure that victims who were still alive would come out unhurt.

The News Agency of Nigeria (NAN) reports that the storey building collapsed around 2pm on Monday with scores of people trapped in the building.

I Regret Deceiving My Father To Raise N.8m For Libyan Trip —Returnee