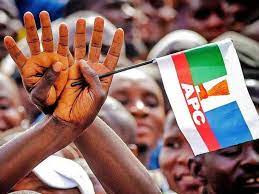 Gov. Aminu Masari of Katsina State says the adoption of consensus arrangement in the recently-concluded APC ward congresses in the state has yielded success in uniting party members.

Masari stated this while receiving reports from members of the National Ward Congress Committee who conducted the congresses in the state, in Katsina on Saturday.

He noted that the consensus method of electing party leaders in the 361 electoral wards in the state was commendable.

The governor described the exercise as excellent, peaceful, and transparent, adding that the party’s rules and regulations were strictly observed.

“The consensus method was adopted to unite party members, to enhance its success in the 2023 general elections in the country,” he said.

“When we were informed that a committee from APC national headquarters was coming to conduct the congress in the state, all the stakeholders and party members sat and constituted a local organizing committee to work hand-in-hand with the national body to make the exercise free and fair.

“We are thankful to God that everything went smoothly and successfully,” Masari said.

Earlier in his remarks, the Chairman of the committee, Alhaji Ali Kumo, who led six other members to present the report, said that the committee enjoyed lots of support and cooperation from party members during the exercise.

Kumo said that his members were just, fair and neutral to all the entire contestants in the ward congresses.

“We went round all the nooks and crannies of the state. The turnout of members at the congresses was fantastic. We believe that APC is still the party to beat in 2023,” he said.

BREAKING: APC Is Leading With Over 65k Votes Across 10 Ekiti LGAs