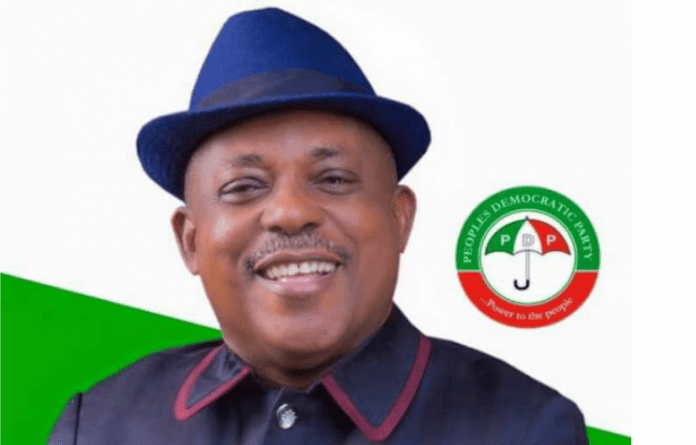 The crisis rocking the opposition Peoples’ Democratic Party, PDP, has taken a new dimension as a High Court has restrained Uche Secondus from parading himself as the National Chairman of the party

The order was given by a State High Court sitting in Degema’s local government area of Rivers State. While granting the expertise order brought before it by some aggrieved members of the party.

Justice O. Gbasam who granted the order also approved the suspension of Secondus as a member of the party pending the hearing and determination of the motion on notice for interlocutory injunction.

Why Court Restrained Uche Secondus From Acting As PDP Chairman

Prince Uche Secondus, the former Chairman of the Peoples Democratic Party was suspended by his ward chapter.

The suspension was ratified by Andoni LGA chapter, where he hails from.

The suspension was also ratified by the Rivers State Executive Committee of PDP.

On this above ground, it became lawful for the court to grant the prayers seeking restraining of Secondus because a suspended member of the party cannot function in any capacity as he has lost all rights and privileges by the suspension.

Let’s also recall that a former national chairman of PDP, Dr. Nwodo, also lost his position due to issues he had with his ward chapter.

His actions as the Chairman has reduced PDP grassroots support. Since his resumption as the Chairman, he neither respond to letters from all the support groups nor have audience with them, making that wonderful arm of PDP death for 4 years running. In summary, he is an agent of the ruling Political Party APC and should go.

Nigerians Are To Blame For The Problems – President Buhari