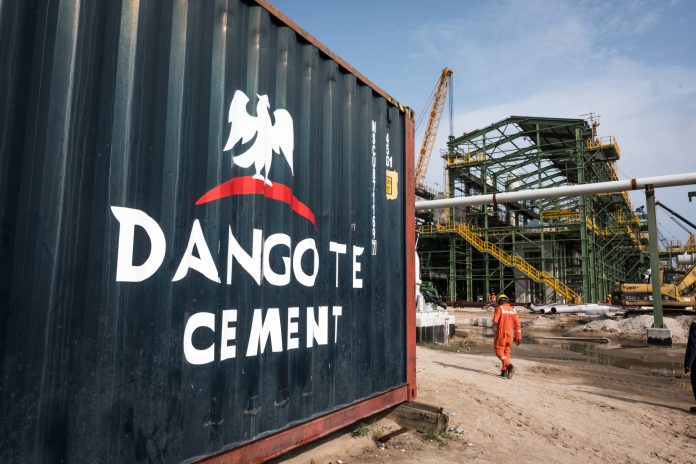 The tax credit certificates are for the construction of Apapa-Oworonshoki-Ojota road in Lagos and the Lokoja-Obajana-Kabba road connecting Kogi and Kwara states.

Julius Berger and Hi-Tech are the companies handling the construction of the two federal roads while Dangote Cement is financing the project.

The road infrastructure tax credit scheme (RITC) grants income tax credit to companies and individuals that provide funding for the refurbishment and rehabilitation of roads.

Presenting the certificates to Dangote Cement on Wednesday, Muhammad Nami, executive chairman of Federal Inland Revenue Service (FIRS) said the gesture is to compensate the cement manufacturer in tax payment waiver for investing in critical roads.

This makes it the second tax credit certificate the FIRS would issue to Dangote for the Lokoja-Obajana-Kabba road construction.

In 2019, a N9.5 billion tax credit certificate was awarded to Dangote Cement for the same expressway.

“Government came to that reasoning that if we could encourage local investors to do the needful and of course under an agreement with some due monitoring and approvals then some of the monies they would have accrued back to government as taxes, they would have paid,” Nami said.

“It will be in the interest of the government that other investors, business entrepreneurs, companies take advantage of this key initiative such that Nigeria can develop faster than the government would have done alone.

“We are hoping that this arrangement will be taken to another level, we are also believing that this will spur other business players out there to come and take advantage of it.”

In his remark, Ahmed Mansur, group executive director, government and strategic relations, Dangote Group, noted that the country’s economic situation has made it difficult for the government to fulfill its responsibility of providing public services and public facilities such as roads and electricity.

“To do it at the same time within the time that the public requires is often not possible and I think it is this kind of thing that has generated the need for the state to engage private actors to participate in the process,” he added.