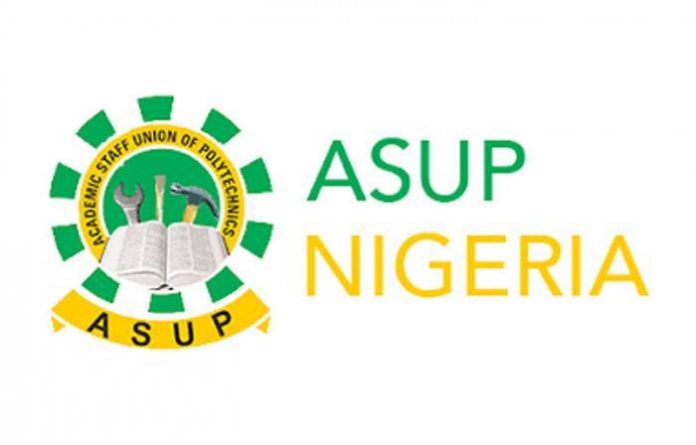 The Federal Government has approved the disbursement of N15 billion as a Revitalisation Fund for polytechnics in the country in an effort to persuade members of the Academic Staff Union of Polytechnics, ASUP, who have been on strike since April 6, this year, to return to work.

In addition, the government has approved another N4 billion to pay the polytechnic teachers’ backlog of new minimum wage arrears.

However, the lecturers are continuing their strike because the government has not paid the promised monies.

Members of the union are concerned about the whereabouts of their contributory pensions, as it has been reported that over N6.3 trillion has gone missing from the fund. The National President of ASUP, Comrade Anderson Ezeibe, revealed this in Lagos on Thursday afternoon at a special congress by the Yaba College of Technology chapter, saying his members would still go on strike because the government’s overtures were still promissory notes.

‘We held a meeting with the government team on Tuesday and they made some offers. Among which are the approval of N15 billion Revitalisation Fund, N4 billion to pay the arrears of new minimum wage, but the letter they wrote said the monies would be paid immediately.

“I have consulted a number of dictionaries to know what the meaning of immediately is and I found out that it is something that should be done without further delays. As we speak, it is over 48 hours after our meeting and nothing has been done and we don’t want to be caught napping.

“The strike continues as we have not got the funds. Also, the government agreed for the Rapid Response Team that was set up to look into some issues and which was put in the cooler, to start its work again. By the middle of June this year, the team would be back on stream.

“For the IPPIS and the attendant inconveniences and inconsistencies, our union was the first to object to it when in 2014 they made us guinea pigs for its implementation at the tertiary education  level. Unfortunately, sister unions at tertiary education level did not join forces with us because they did not know they would be coopted into it.

“We developed an alternative platform then and we are still continuing our demand that IPPIS is not ideal for our sector,”he said.

Members who drew the attention of the union’s leadership to some issues urged the leadership to challenge the Federal Inland Revenue Service’s claims that polytechnics across the country owe over N20 billion in unpaid taxes.