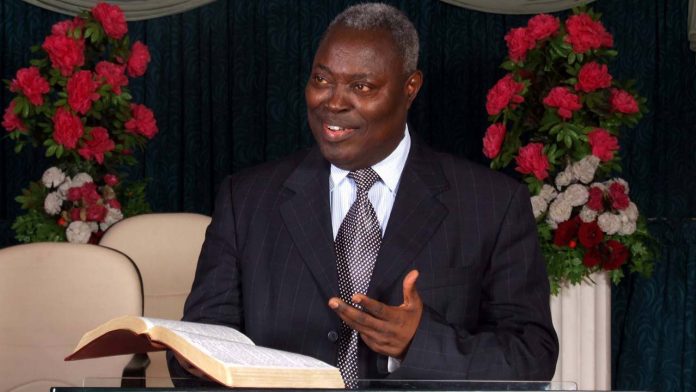 The General Superintendent of Deeper Life Bible Church, Pastor William Kumuyi, has urged the body of Christ not to be discouraged by the challenges confronting the country, adding all will be well.

Kumuyi stated this on Wednesday while fielding questions from journalists at the Victor Attah International Airport, Uyo, Akwa Ibom State shortly after he arrived for a five-day-global crusade with the theme ‘The wonders of the cross.’

“We will keep on preaching the gospel believing that God shows His love to everyone, both good, bad and ugly and bring in more people that will be profitable for the country,” he said.

The Deeper Life Superintendent, who has been going around the country for the global crusade, explained that he was spurred to embark on the crusade to exalt Christ for what he has done for humanity as well as remind the people of the second coming of Christ so that they would be ready at all times.

He said, “What I want to achieve in the global crusade is to let the people know that this is what the cross of Christ implies and the benefits you were to receive as a result of what Christ has done.

“We have been taking the global crusade from city to city all over Nigeria and the Lord has touched many lives in different parts of the world. Actually, we transmit the crusade virtually to every country of the world.”

Speaking on the rate of evil in the country despite heightened gospel preaching, Kumuyi regretted that much attention and prominence have been given to evil activity especially in this internet era, noting that there are more people living quiet, normal and profitable lives who may not have been known.

His words, “I’m sure you know that when one person does evil in a way that he probably uses the internet to do that evil, it is more pronounced than when 100 people are living good, normal, quiet and profitable life for themselves and the country.

READ ALSO  The wife to Nengi’s married lover, breaks silence after reportedly being chased out of her home by Nancy Isime and Nuella Njubigbo 

The truth is that we seem to highlight the evil that the few people are doing. But we will keep on preaching the gospel believing that God shows His love to everyone, both good, bad and ugly.

He said the global crusade has so far impacted lives and produced tangible results where lives were being saved.

He however urged the people to look inwards and see how to make meaning out of their lives even as Jesus tarries.

The Akwa Ibom State Executives led by the Head of Service, Elder Effiong Essien was on the ground to receive the General Superintendent, wife and other ministers in his entourage.

One of Our Pastors Almost Died of COVID-19 – Pastor Kumuyi

Filmmaker, Jade Osiberu reveals what the police told her after she...