Breaking News, Nigeria News, Entertainment, Sport, Business, Polities
Home Entertainments Drinking alcohol is an addiction for me after I was rape –Kiitan... 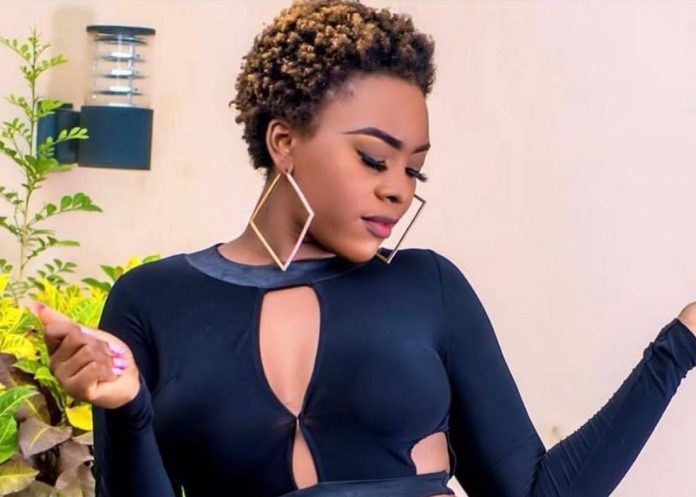 Actress, Oloruntimilehin Bukola, popularly known as Kiitan Bukola, has revealed that her rape ordeal at the age of 10 had a long-term effect on her sexual life.

In an interview with Saturday Beats, she said, “I cannot remember what age I started taking alcohol but I started drinking beer in secondary school. My mom did not know about this habit and my father did not live with us. Drinking is an addiction for me. I find it difficult to make love without getting high, because of my rape ordeal. That way, I can do whatever I want. Also, I have to really share a close bond with my partner before I can get intimate. Sometimes, I feel irritated, angry and paranoid for no reason. I still get flashes from the incident. I can picture his face clearly. However, I am really trying my best to stop my drinking habit. People close to me know that I always have (alcoholic) drinks around me.

“I did not want to tell anyone my story at that time because of the fear of being stigmatised or ridiculed.  That was what prompted me to make a movie about my experience 23 years later. I want victims to have the courage to speak out. The incident happened at Oke Bola in Ado Ekiti.

READ ALSO  Revealed! Check Out The Number Of Cholera Deaths Nigeria Has Recorded In 2022

“Meanwhile, I had another bad experience with a guy some years back. We were in a long-distance relationship but he came to Nigeria after a while. I had gone to see my mum in Ondo State and he was in Akure (the state capital) at the time. We spent some time together and when it was getting late, I asked him to drop me at the park. However, he cajoled me and we stayed back in his house. He tried to have sex with me and when I refused, he slapped me very hard. I told him it was the time of my menstrual cycle. But, he insisted that he wanted to confirm. He later confirmed and apologised. I did not sleep till 5am when I left his house the next day. This happened in 2006 or 2008. I have been more careful since then.”

The actress who urged victims to speak out regardless of when the incident happened also said she wished she met her rapist before he died. She added, “When I told my rape story on social media, I found out that the guy had died. I was told he was killed during a robbery. I was hoping to meet him and I would have paid him back for what he did to me.

“I knew the identity of my rapist, so I told my family friend about it, who then informed me that he (rapist) had died. Another person also confirmed the story to me after I spoke out about the incident. I think my career also helped me to speak out because I could make a film out of it.”

There Won’t Be Election In Southwest In 2023-Igboho

Yalwatda – Plateau APC will run a campaign focusing on issues.

Kanye West unfollows Kim Kardashian and her sisters on Twitter