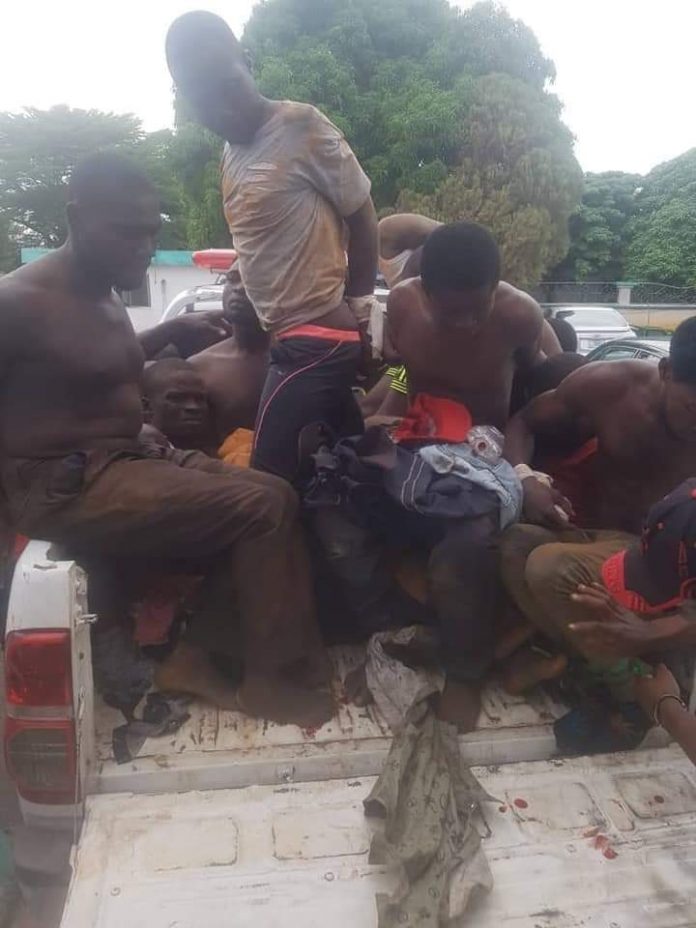 Some notorious bandits terrorizing Ebonyi state have been arrested by Ebubeagu Security Network Members. The bandits numbering over 37 were apprehended in Ikwo Local Government Area of Ebonyi State.

The bandits who all wore Odeshi charms on their necks and waists and rings on their fingers were arrested at Agubia Ikwo at 1 AM through a collaborative effort of the Ikwo Police Division, Ikwo Ebubeagu team, and a backup team from the State Ebubeagu contingent. The bandits, according to the report had finalized plans to launch an attack on the Agubia High Court, Ikwo Police Headquarters, and Ikwo INEC office.

I’ve Been Getting Death Threats Over My ‘Relationship Status’ – BBNaija...