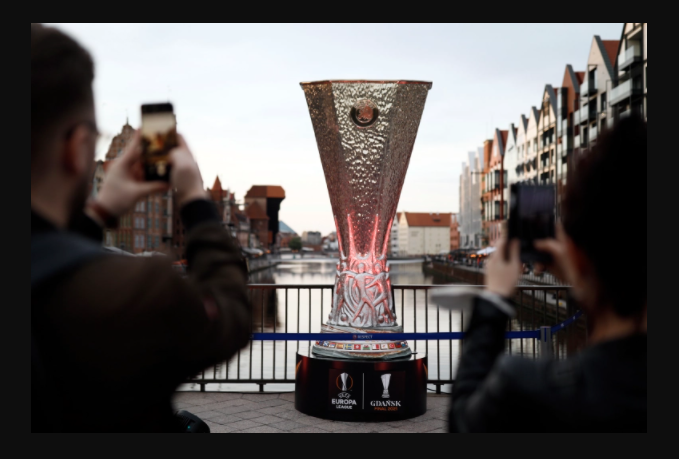 On northern Poland’s Baltic coast, the city of Gdansk is getting ready to play host to the 2021 UEFA Europa League final.

England’s Manchester United and Spain’s Villarreal will battle for the trophy at the Polsat Plus Arena on Wednesday.

Ole Gunnar Solskjaer will attempt to win his first trophy as Manchester United manager, confident that victory could ignite another sustained run of success at Old Trafford.

Unai Emery will add to his already sparkling Europa League record if Villarreal win but victory would also turn an otherwise mediocre first season in charge into a great one.

Here is what you need to know about the Europa League final:

When is the kick-off?

Are fans allowed inside the stadium?

The final is expected to be witnessed by up to 9,500 fans inside the stadium. According to UEFA, Europe’s football governing body, both finalists received 2,000 tickets apiece while 2,000 general public tickets were sold via UEFA.com.

Some Manchester United supporters, however, will refrain from making the trip due to 10 days of quarantine and multiple COVID-19 tests.

“There are quite a few among the regulars who go to European away games that have cancelled, not purely because of the cost – because we have not been travelling for 18 months anyways – but mostly because of the quarantine when we get back,” United fan Keith Udale told Reuters news agency.

The British government has placed Poland on the amber list of countries and territories, which means anyone travelling there is required to quarantine for 10 days on return. The self-isolation may end after two negative PCR test results, taken on or before day two and on or after day eight of the quarantine.

Will there be VAR?

UEFA has confirmed that the video assistant referee (VAR) system, which has been used throughout the knockout phase, will be present for the final.

How many substitutions are allowed?

Five. In the event of the final going into extra time, each side will be allowed to make a sixth substitution.

Who are the ‘home’ team?

Villarreal are drawn to be the home team for the final.