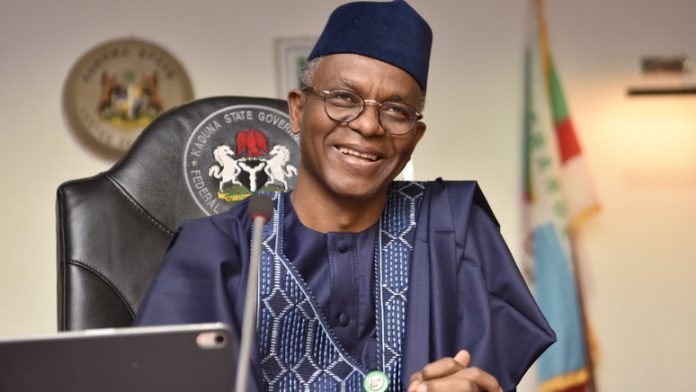 After a video clip of his 2015 statement went viral this week, Mr El-Rufai has explained why he as governor has moved in the opposite direction.

No fewer than 270 schoolgirls were abducted when Boko Haram terrorists attacked their school in Chibok, a community in Borno State, in 2014.

While some of the girls managed to escape, others spent over two years with their abductors before the Nigerian government negotiated their release.

Seven years after the kidnap, about a hundred of the girls are still in the captivity of the insurgents.

Reacting to the federal government’s handling of the kidnap of the Chibok girls in 2015, Mr El-Rufai blamed former President Goodluck Jonathan for not exploring all possible means.

in an  interview with Sahara TV, Mr El-Rufai, whose All Progressives Congress was in the opposition then, said: “We have no apologies for pointing out to Nigeria’s that this government is incompetent and has failed to provide security. If you say we are politicizing it, fix the problem so that we cannot politicize it, okay?

Asked for the way forward, Mr El-Rufai said: “The government has the solution to this problem. Several committees have given them recommendations. They should just implement the recommendations in their drawer, okay?

“As for rescuing the girls, we have seen examples of what countries do when this situation happens, you should have military action, on the one hand; the negotiation on the other. You should not foreclose anything because the lives of your citizens are at risk and you don’t want to lose one life. You don’t want to lose the life of one person.”

READ ALSO  Power Restored In Kaduna After 3 Days Of Blackout

Asked if he was in support of negotiation, he said:

“I’m in support of every option. When you have the lives of your citizens at risk, you should not take any option off the table. You should be flexible. You should listen. You should negotiate and look at the price. You have to be and get those girls out,” he told the interviewer.

But today, Mr El-Rufai is faced with a similar situation in Kaduna but has said he will never negotiate with kidnappers or pay their ransom demands to free their victims.

In what seems like a test of Mr El-Rufai’s previous statements, several attacks have been launched in Kaduna with many kidnapped persons still with their abductors.

Last month, 39 students were kidnapped at Federal College of Forestry Mechanisation, Afaka. While a few of them have been rescued nearly 30 students are still with the abductors.

Last week, bandits attacked Greenfield University, a private university in Kaduna State, and kidnapped an undisclosed number of students. Five of the University students have been found dead, suspected to have been killed by their assailants.

Others are still in captivity with promises to secure their release by the state and federal authorities.

Meanwhile, Mr El-Rufai has repeatedly emphasised his stance not to negotiate with the bandits.

“Our position on Kaduna State has been clear and consistent: bandits, cattle wrestlers and armed militia must be degraded and decimated to a state of unconditional submission to constituted authority.”

READ ALSO  Surrendering to criminals is not an option - El-Rufai

While speaking at the presentation of the state 2020 security report last month, Mr El-Rufai said the government would never negotiate with bandits of any kind or support any grant of amnesty to them.

This “no ransom, no negotiation” was reiterated in a statement signed by his spokesperson, Muyiwa Adekeye, on Tuesday.

In the statement sent to this newspaper, Mr Adeyeye said those sharing the video clip of the previous interview took Mr El-Rufai out of context.

“The years since 2014 may have led some people to forget the denial and doubt that defined the FG’s response to the Chibok abductions, especially the initial refusal to acknowledge that it happened. That was the context under which civic pressures were brought on the government.

“Nigeria’s journey since the 2014 Chibok tragedy has proven that the solution to violent crimes, including terrorism and banditry, is a robust response from the state and its coercive agencies. The quantum of money paid as ransom following many negotiations with bandits have not stopped kidnappings, reduced their frequency or deterred the criminals.”

He said negotiating with the criminals does not conform to the current realities.

“Mass abduction was like a novelty in 2014. But the facts have changed since then. Negotiations and ransoms have been undertaken, but these have not stopped the criminals. It has only encouraged them.”

Mr Adekeye further stated that the fact that criminals seek to hold the state government by the ‘jugular’ does not mean it should surrender and create an incentive for more crime.

7,403 Soldiers Injured in Action by Insurgents Are Receiving Treatment-Army

Nigeria’s Ambassador To Indonesia Ordered to Return Home Over Assault On...