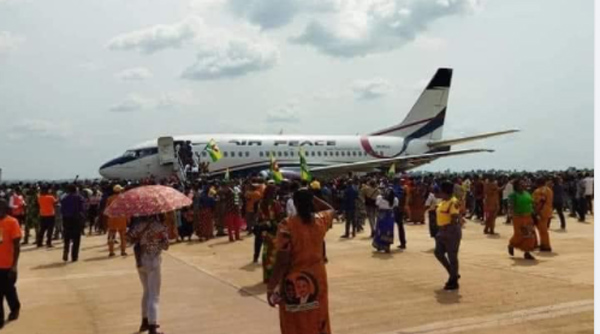 The airport described by the state government in terms of facilities as one of the best in Sub-Saharan Africa has 3.7 kilometres runway and 34.4 metres control Tower.

The News Agency of Nigeria (NAN) reports that as against public expectations that commercial flights would land during the inauguration, no aircraft landed.

Obiano said that the Director General of the Nigerian Civil Aviation Authority (NCAA), Mr. Musa Nuhu, had already handed in certificate of commercial flights operations.
He said that the authority insisted that the approved airlines must have their facilities on ground so as to ensure the comfort of passengers.

The governor said he is fulfilled establishing the airport after more than 30 years of the creation of Anambra.

“Since the creation of Anambra, previous administrations have tried to build the airport, but we thank God that we were able to achieve the project,” he said.

He appealed to the Anambra people to fully support the operations of the airport to ensure its viability.

Mr. Marcel Ifejiofor, the state Commissioner for Works, said the airport took a period of 20 months from start to completion.

Ifejiofor, who named various facilities at the airport, said that they have the best of facilities when compared to others across the country.

Madrid’s Marcelo is expected to miss the crucial Chelsea match.