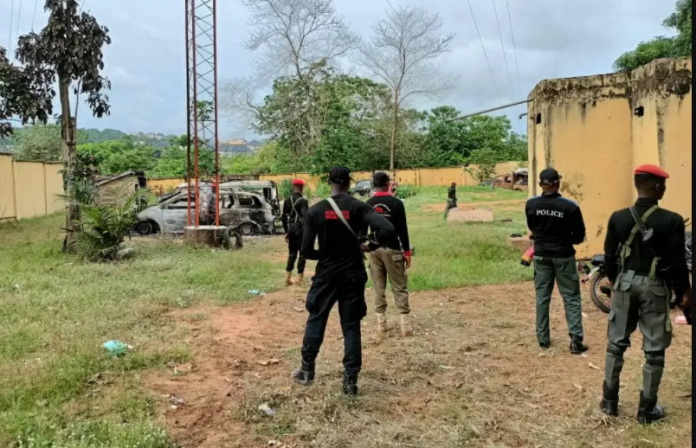 Mr Christopher Adetokumbo Owolabi, the new Commissioner of Police, had only been in office for 24 hours when the attack occurred.

According to a source at the affected police station, the gunmen attacked the station late Wednesday night, killing two Inspectors and freeing all of the detainees in the cell before razing the police station.

When contacted, DSP Ikenga Tochukwu of the Anambra State Police Public Relations Officer confirmed the incident, adding that the police commissioner has dispatched a team to the scene to investigate the circumstances surrounding the attack.

I’ll rather die than surrender my land to Fulani – Ortom