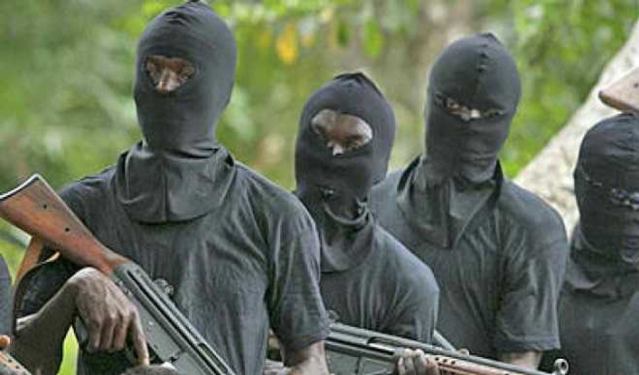 Gunmen have kidnapped two people from their houses in Byazhin, a suburb of the Federal Capital Territory (FCT).

The armed men, who stormed the hilly area close to the Lottery Quarters and few meters away from Living Faith Church at Byazhin in Kubwa, abducted a man identified as Mr. Ayodele Somorin before they whisked away from his neighbor, Mr. Oladimeji Josiah.

A resident, who simply identified himself as Segun, told the News Agency of Nigeria (NAN), on Wednesday.

He said the men, who were abducted about five days ago, were still at the kidnappers’ den.

“Last week Friday, the gunmen were in this area around 11:45pm. Although I went for a church vigil, my wife and children were at home.

“My wife said earlier before the attack, she saw two people around a neighbour’s house through the window but she thought they were residents who were trying to store the rain water because it showered that night.

“However, after they broke into the first house and took away Somorin, they went to the second house where they shot sporadically before kidnapping Mr Josiah.

“When they entered the third house, unfortunately for them, nobody was at home but they upturned everything in the house in their search,” Segun narrated.

He said though the kidnappers did not enter his house, his wife was yet to recover from the shock as one of the bullets entered his house through one of his windows.

“I thank God nobody was hit by the bullet,” he said.

He said the armed men demanded for N10 million ransom each to free the abductees.

When NAN visited the families of the victims, their wives, in separate chats, narrated their experiences.

For Victoria,  Somorife, last Friday was a day to remember.

“We were already asleep when they came. We woke up when the gunmen started banging the entrance door, shouting: ‘Open the door.’

“We locked ourselves in the toilet together with the children. When they gained access into the sitting room, they headed to the toilet forcing the door opened.

“About seven of them, armed with guns, ordered us to come out and sit down in the sitting room, while others were outside flashing powerful torch-lights. They said they did not come to hurt us,” she said.

Victoria said that the gunmen ransacked the house, made away with their money, laptop, phones, shoes, body creams and food stuff.

“My husband was then ordered to put on his footwear and they took him away,” she said.

She said she became cold when she began to hear gunshots as soon as they went to her neighbour’s residence.

Victoria said the matter was reported at the Byazhin Police Station the next day, Saturday, May 22, and that the police officers had visited the scene.

“The police told us that our husbands were kidnapped and that they will call us,” she said.

She said the kidnappers, who had since been communicating with them, initially asked for a N10 million ransom each.

On her part, Oyinlola, Josiah’s wife said she was unaware that the armed men were in the surroundings until they began to break the burglar- proof iron gate into their sitting room, shooting randomly.

“My husband told me and my children to go and hide in the toilet. When they forcefully entered, they started beating my husband, shouting: ‘Where is your yaro.’

“They did not come to the toilet even though the door was unlocked. They then took my husband away.

“They also went with some money, my two phones, one of my children’s phones, their school bags, two breads which I bought at N500 each, clothes, etc, before they went to the third house where they met nobody,” she said.

She said although they demanded N10 million on each abductee at first, they lowered it to N5 million for each before they asked them to pay N1 million ransom each.

Oyinlola, who said no fewer than 10 bullets were picked on the ground after the assailants left, corroborated Victoria’s statement that the case was reported at the Byazhin Police Station.

The mother of three prayed for the safe returns of her husband.

When NAN visited the Byazhin Police Station, the Divisional Police Officer (DPO, Suleiman Yakubu, said he was not in the position to speak to journalist on such issues.

“We don’t talk to the press, whatever information you have, you can channel it through our Police PRO, FCT Command,” he said.

However, the Public Relations Officer of the FCT Police Command, Mariam Yusuf, confirmed the incident to NAN in a telephone interview.

She said the police has launched an operation with the view to rescuing the victims unhurt.

“We have launched a strategic  operation to rescue the victims unhurt and are trailing the suspects,” Yusuf said. (NAN)