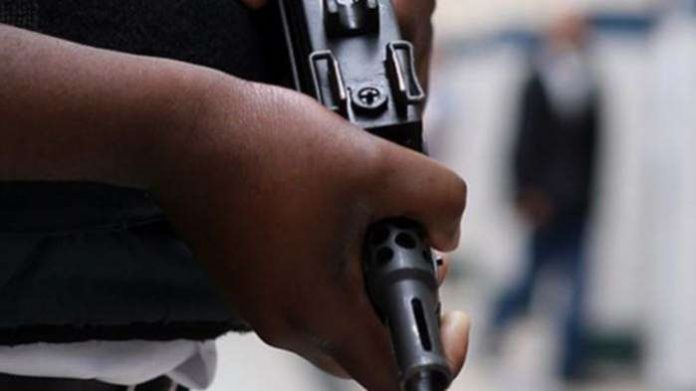 The other abduction took place on a farm located at Abule Itoko village in Odeda Local Government Area of the state.

It was gathered that the 400-level student of the Federal University of Agriculture, FUNAAB, Abeokuta, Toyinbo Nathaniel Olayinka; the farm owner, Dominic, and a 17-year-old female Togolese, were abducted, Saturday, while working at a farm in Abule Itoko village.

Although the abductors of Mrs Abimbola of TASUED have not contacted her family, it was learned that their counterparts that operated in Odeda had contacted the wife of the farm owner, Dominic, demanding N150 million ransom for his release and the three captives in their custody.

It was also learned that the FUNAAB student, being an indigent person, had been working on that farm in the last three years to fund his education before the incident. The authorities of FUNAAB said Toyinbo is a 400-Level student of Aquaculture and Fisheries Management in the institution.

The university through the Head, Directorate of Public Relations, Kola Adepoju, in a statement, yesterday, said Toyinbo was abducted around 8 a.m on Saturday at Abule-Itoko, Odeda-Ibadan road about 25 minutes drive from the university permanent site at Alabata Road, Abeokuta.

He stated: “A 400-Level student of Aquaculture and Fisheries Management, Federal University of Agriculture, Abeokuta, FUNAAB, Toyinbo Nathaniel Olayinka, has been abducted by suspected kidnappers in a private farm at Abule, Itoko, Odeda, Ibadan Road.

“The management of the university has reported the abduction at Ogun State Police Command headquarters, Eleweran and it is working earnestly with the command to ensure the safety and release of the kidnapped student.”

Army hands over 20 suspected Internet fraudsters to EFCC in Ibadan

Protests in Ogun over the kidnapping of a FUNAAB student

No fewer than 70% of people in Katsina live below poverty...

Primary School Student Seen ‘Carrying’ 4 of His Schoolmates to School...