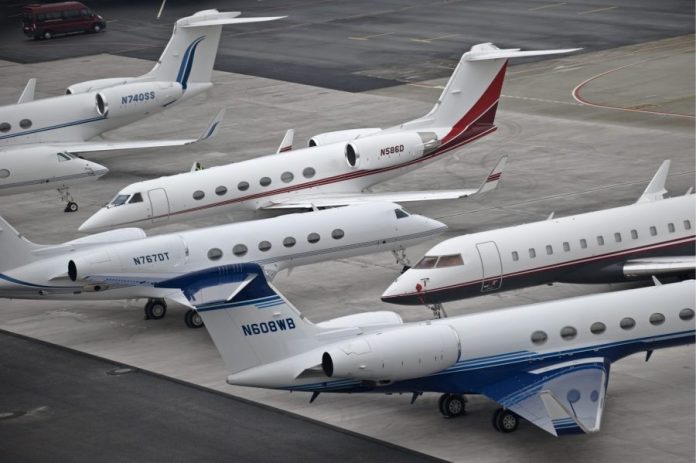 It has been revealed that some state governors are spending billions of naira to hire private jets despite dwindling resources in their states, according to new investigations.

According to Daily Trust, only a few governors use commercial flights to travel to Abuja and other parts of the country from their states as many of them pay for chartered aircraft.

While some of the trips are official engagements, others are for private engagements.

It was discovered that many of the states are in dire financial situations and can hardly pay salaries or meet other contractual obligations, especially in the wake of the COVID-19 pandemic.

Even in the wake of the COVID-19 lockdown last year, state governors embarked on interstate trips, mostly by private jets. This was in clear violation of a ban to that effect, which they had agreed on as a measure to mitigate community transmission of the virus.

For instance, on Monday, June 1, 2020, Governor Godwin Obaseki of Edo State flew into Abuja to visit President Buhari at the Presidential Villa, Abuja, to formally inform him of his intention to seek re-election for a second term.

On that same day, the chairman of the Progressive Governors’ Forum (PGF) and governor of Kebbi State, Atiku Bagudu, led six of his colleagues to Abuja to meet with the then Comrade Adams Oshiomhole-led National Working Committee (NWC) of the All Progressives Congress (APC) on what was believed to be a last-minute effort to save Obaseki’s candidacy ahead of the party’s primary election in Edo.

Although some of these trips were said to have been related to security, it was gathered that they were undertaken through private commercial jets, which ran into hundreds of millions of naira.

To underscore the sorry financial situation in the country, the Nigerian National Petroleum Corporation (NNPC), last week wrote to the Accountant-General of the Federation, warning that it would not be able to make remittances to the Federation Account in April for distribution to the federal, state and local governments in May because it needed to defray about N112billion cost of February’s subsidy on petrol.

At the MMIA, Lagos, private hangers were busy when visited recently, and many of those who patronised them were said to be governors who had one engagement or another in the state.

It was also learnt that many governors who patronise the private jet operators now go to the airports in vehicles without number plates, thereby making it difficult to identify them.

Tragedy As Car Rams Into Truck, Kills Four In Sokoto