Breaking News, Nigeria News, Entertainment, Sport, Business, Polities
Home News I am the only governor who does not receive a salary-Gov Willie... 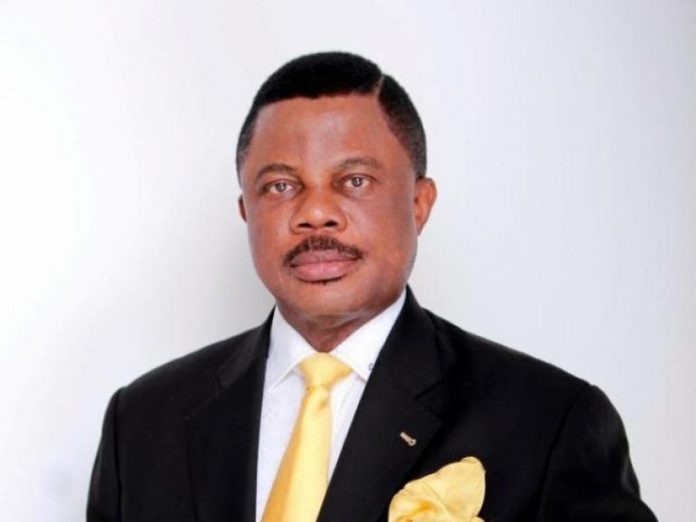 Anambra state governor, Willie Obiano has stated that is the only Nigerian governor who does not receive a monthly salary.

The governor explained that after his tax has been deducted from his salary, he sends the remaining balance to homes of destitute for their upkeep, adding that he has been rendering self-service for the state.

He made the disclosure at his country home, Aguleri, Anambra East Local Government Area of Anambra State shortly after inspecting the Anambra International Passenger and Cargo Airport at Umueri.

The governor who also described himself as “a man of classical quality,” said the airport was built with the best of facilities as can be obtained in any international airport of repute.

Earlier during the inspection, the state Commissioner for Works, Engr. Marcel Ifejiofor, who conducted the governor and his entourage round the airport facilities said the international airport is Class 4F which can take any aircraft.

He also said “The orientation is that the aeroplane can land at either side of the runway. That was what happened on April 30th, 2021, when we did the test flight, one landed on 024 and the other one landed on 06. This airport has two Runway Air Safety Areas, RASA. This is the only airport in Nigeria with this type of RASA. It has category two light which means that the airplane can land at the worst of any weather in this airport.

While lauding the governor for the legacy project, the chairman of Nsukka Journalists Foundation, NJF, Chijioke Amu-Nnadi, who led a team of journalists from Nsukka extraction in Enugu State to the airport during the inspection, said the project will guarantee slow but steady re-ordering of the economy of the South East Region.

Amu-Nnadi also described the governor as a visionary leader who has left an enviable legacy as the governor of Anambra State. He commended him for the cordial working relationship between him and  his Chief Press Secretary, James Eze, who is also a member of NJF.

How My Father Was Assassinated – Dr. Chike Akunyili’s Son