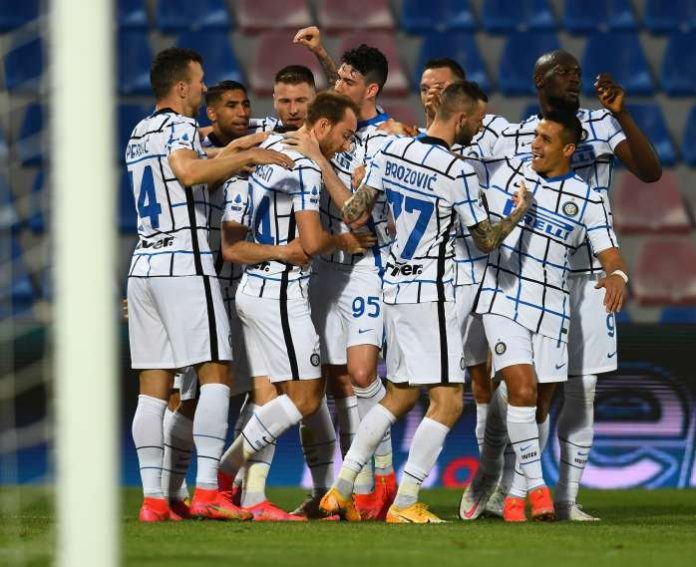 There are thousands of Inter fans celebrating in the city’s central square, although the club had warned them to respect COVID restrictions.

#IMScudetto is the hashtag chosen by Inter to celebrate the title on social media.

It recalls the campaign launched in March when the club changed their badge.

This is Conte’s fourth Serie A title as a coach after the three he conquered at Juventus.

The Old Lady were the first Serie A club to congratulate their rivals on social media.

READ ALSO  The woman who accused Cristiano Ronaldo of rape has demanded £56 million.

Andrea Agnelli and Fabio Paratici have claimed the Nerazzurri deserved to win the title this season.

Euro 2020: Italy defeat England on penalties to win the trophy

The woman who accused Cristiano Ronaldo of rape has demanded £56 million.