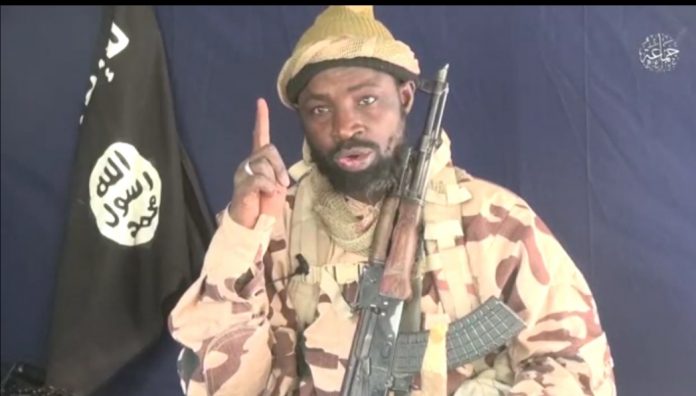 Yesterday, Shekau was reportedly to have been killed during a face-off with fighters of the Islamic State in West Africa Province (ISWAP)

The Boko Haram leader reportedly committed suicide to avoid being caught by the ISWAP fighters who have been on the trail for years.

“The ISWAP fighters surrounded the Boko Harm leader as the shooting ensued between the two sides but Shekau detonated a bomb and killed himself when he observed that the ISWAP fighters wanted to capture him alive,” sources tells Daily Trust.

However, the Nigerian military are yet to confirm report that the Boko Haram passed away. In 2019, Shekau took over leadership of Boko Haram after the death of Mohammed Yusuf, the group’s founder.

Although there have been reports of ISWAP and Boko Haram Commanders being killed in exchange of gunfire, this is the first time that Shekau will be reported to have been killed in a battle with terrorists.

Meanwhile, this is not the first time Shekau had been reported dead in the past but also during encounters with the military.

Oftentimes, he has subsequently debunked such claims o and rumour of his death via videos or audios.

North Korea pulls out of Tokyo Olympics over COVID-19 fears