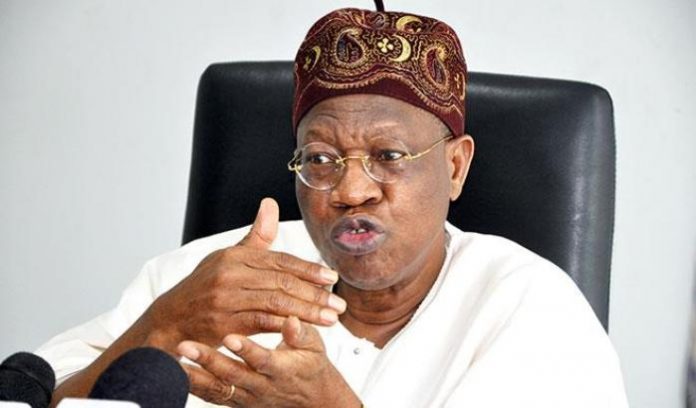 The Minister said the nation’s strength lies in its diversity.

“The agitation for political restructuring is okay. However, what is not okay is the call for secession or for separation,” he said.

“We would need more energy to break Nigeria than to fix it. As a matter of fact, the strength of Nigeria is its diversity. So everybody agreed that secession is not an option.”

As part of the measures to tackle the farmers/herders’ clashes in some parts of the country, the Minister kicked against the open grazing of cattle and animals.

Concerning the country’s security problems, the government’s spokesman supported many demands for the establishment of state police.

He believes that the move would aid in combating the multitude of security threats in various parts of the country.

The Minister, on the other hand, urged the National Assembly and state legislatures to work together to make it happen.

In many parts of the world, Nigeria has faced a slew of security challenges, including insurgency, banditry, militancy, and cultism.

For more than a decade, the nation has been fighting terrorism, which has killed 36,000 people and displaced hundreds of thousands in the northeast.

The Islamic State of West African Province (ISWAP) broke away from the jihadist group Boko Haram in 2016 and has since emerged as a major threat in Nigeria, attacking troops and bases while killing and kidnapping passengers at bogus checkpoints.

After dislodging troops, jihadist fighters burned down a United Nations humanitarian compound in the town of Dikwa on March 1, killing six civilians.

The jihadist violence in Nigeria has spread to neighboring Chad, Cameroon, and Niger, prompting a regional military coalition to combat the insurgents.

NIGERIA, CANADA CAN DO MUCH MORE TOGETHER – OSINBAJO