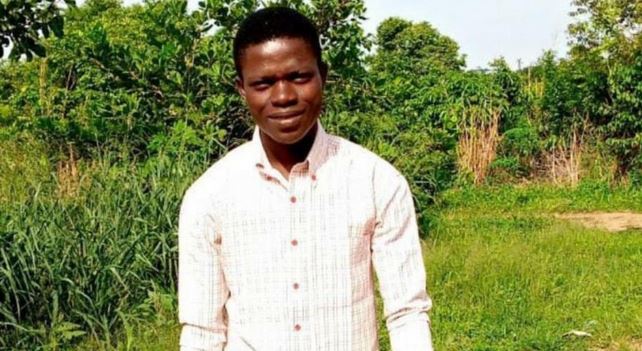 Toyinbo Olayinka, the 400-level student of the Department of Aquaculture and Fisheries Management, Federal University of Agriculture, Abeokuta, Ogun State, who was abducted has regained freedom.

Olayinka was said to have been kidnapped alongside two others at a farm in Abule Itoko, Odeda, Abeokuta, the state capital.

The owner of the farm and a Togolese lady, who were the two persons abducted with Olayinka, have also regained freedom.

Abimbola said the trio have reunited with their families.

“Police operatives have been in the forest for those three days. The student and the two others were released yesterday night. They have been reunited with their families.” Oyeyemi said.

Meanwhile, the Ogun State Chairman of the National Association of Nigerian Students (NANS), Damilola Simeon, has reacted to the release of the FUNAAB undergraduate.

Simeon, in a chat with DAILY POST said, “We salute the doggedness of the Nigeria Police Force and the Department of State Security for being responsive, decisive and proactive. This singular act will go down in history as one of the numerous times that the security apparatus has proven to be a dependable ally to the over 2.1 Million students in the Gateway state.

“It should be noted that Toyinbo Nathaniel Olayinka was kidnapped on Saturday, 22, 2021 on his Odeda farm where he ekes out a living for himself. Nathaniel, who has since been rescued, is in good health and completely unharmed.

“As an ever progressive and technologically inclined body, the National Association of Nigerian Students, Ogun Axis believes that it’s high time the Nigerian Police did away with reactive policing. Instead, a proactive approach to security should be inculcated. This can only be optimally achieved with the help of specialised security gadgets.

“On this note, we once again call on the Federal Government and Ogun State government to fortify our security agencies with modern security gadgets so they can be truly proactive and be able to nip crimes in the bud before they occur,” he submitted.

Osinbajo No Longer A Member Of Lagos APC – Spokesman

How Armed Robbers Attacked Me, Stole My Belongings In Ogun – Actress Kemi Afolabi

Obasanjo Reveals Where Boko Haram’s Next Recruit Will Come From

Bobrisky And Nkechi Blessing Spotted Together At The Airport (Video)