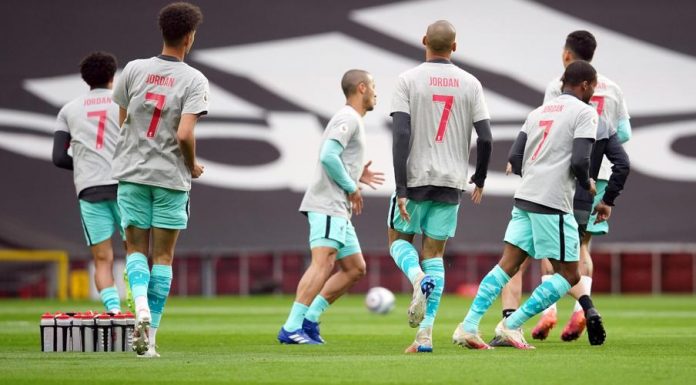 Liverpool players paid tribute to a nine-year-old fan who was killed by a lightning strike by wearing t-shirts bearing his name during the warm-up ahead of Thursday’s 4-2 win at Manchester United.

Jordan Banks was rushed to hospital after he was seriously injured in a lightning strike during a coaching session with Clifton Rangers Junior Football Club in Blackpool on Tuesday. He died soon after.

“You’ll never walk alone, Jordan Banks,” Liverpool said on Twitter. “Nicknamed ‘mini-Milner’ by his coaches, Jordan was a brilliant person, as well as a passionate footballer. We’re all thinking of his loved ones tonight.”

United also paid tribute, saying: “The thoughts of everyone at #MUFC are with Jordan’s loved ones tonight.”

In January, Banks raised £2 500 by running 30 miles for mental health services after his uncle took his own life in 2018.

Liverpool vice-captain James Milner had sent him two shirts at the time, one for Banks himself and another to raise money for the cause. Milner dedicated Thursday’s win to Banks, which moved Liverpool up to fifth in the Premier League.