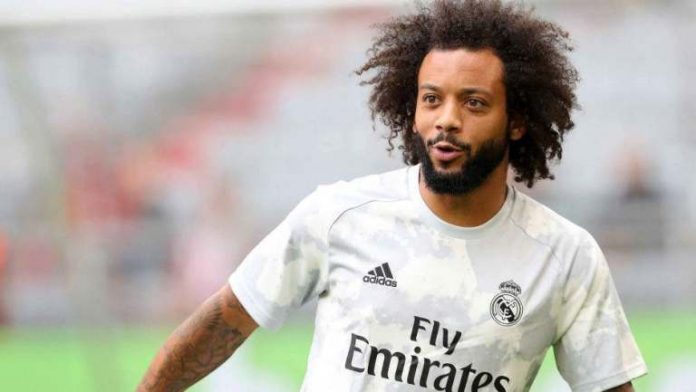 Elections for the Madrid Assembly will take place on Tuesday, May 4th, with Los Blancos’ European match taking place 24 hours later. Marcelo’s teammates are planning to travel to London on Tuesday, but he won’t be able to do so unless he is excused from his polling station duties.

The Electoral Board, according to El Mundo, has argued that Marcelo could travel on the morning of the game. However, due to coronavirus regulations, this may not be permitted.

Real and the player’s representatives are said to be negotiating but no agreement has been reached yet, leaving the left-back in limbo.

The Electoral Board, according to El Mundo, has argued that Marcelo could travel on the morning of the game. However, due to coronavirus regulations, this may not be permitted. Real and the player’s representatives are said to be in talks, but no deal has been reached, leaving the left-back in limbo.

The injury is the latest in a string of setbacks for Marcelo this season. A series of muscle injuries have limited him to only 16 appearances in total, and he only started the first leg due to Ferland Mendy’s injury.

The draw for the polling station was held at the start of April, with those chosen given seven days to justify being excused from duty. That period has now passed, meaning a separate agreement will need to be reached.

The clause that could get Marcelo out of jail states that one may be excused if they are a professional “who must participate in public events to be held on the voting day, which are scheduled prior to the electoral call, when the interested party cannot be replaced and the non-participation of the same forces to suspend the event, producing relevant economic damages.”

Although Marcelo’s case does not fit these parameters exactly, there is precedent for a footballer being let off election duty. In November 2019 Levante goalkeeper Aitor Fernandez was freed from service after two appeals from the club.

WHO ‘exploring all options’ to get medical supplies into Afghanistan