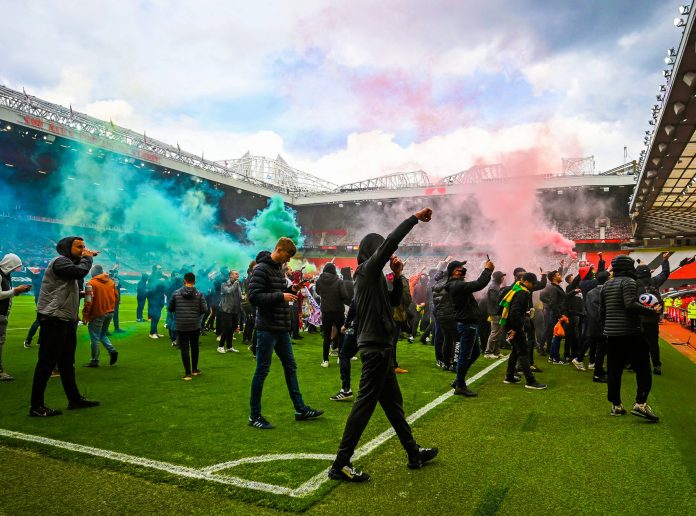 Fans have invaded the stadium earlier on Sunday to ask the Glazers Family to quit the club following the backlash from the aborted European Super League.

It was gathered that the fans who were evicted from the Old Trafford moved to block road to the hotel where Manchester United and Liverpool players and coaches were logged.

Manchester United in a statement said, “Following discussion between the Police, the Premier League, Trafford Council and the clubs, our match against Liverpool has been postponed due to safety and security

“Discussions will now take place with the Premier League on a revised date for the fixture.”

“Our fans are passionate about Manchester United, and we completely acknowledge the right to free expression and peaceful protest.

“However, we regret the disruption to the team and actions which put other fans, staff, and the police in danger. We thank the police for their support and will assist them in any subsequent investigations.”

Earlier, march officials were turned back at Old Trafford by the protesting fans

Ex-Zamfara Lawmaker, Marafa Reacts To Report Linking Him With Bandit