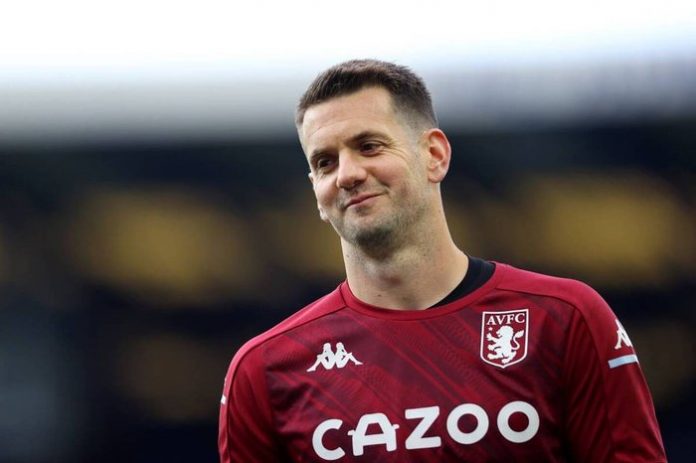 Heaton, 35, has spent the past two seasons at Aston Villa but his contract at the club expires this summer.

It is understood that United held talks with Heaton this month and that the former England international has now agreed to rejoin the club at which he started his career, where he will likely serve as an understudy to David de Gea and Dean Henderson.

United’s current third goalkeeper, Sergio Romero, is also out of contract in the summer and will not sign an extension to remain at Old Trafford.

That leaves United with a spot in their squad to fill — and Heaton is an experienced Premier League goalkeeper who knows Manchester United well. As a former England international he also counts as a homegrown player.

Heaton began his career at the club, signing as a trainee in 2002 and making a series of appearances for the club’s youth teams before eventually moving to Cardiff City on a permanent deal eight years later.

There is also doubt over the future of fourth-choice goalkeeper Lee Grant, whose contract expires this summer.

Why is he leaving Aston Villa?

Heaton made a number of Premier League appearances for Villa in the 2019-20 season, after leaving Burnley.

READ ALSO  Kelechi Iheanacho has made history in the English Premier League.

But the arrival of Emiliano Martinez from Arsenal for £17 million last summer meant his days in Villa’s starting XI were numbered.

Martinez has gone on to become a vital part of Villa’s first team, with the Argentina international appearing in every single one of the club’s Premier League matches this season.