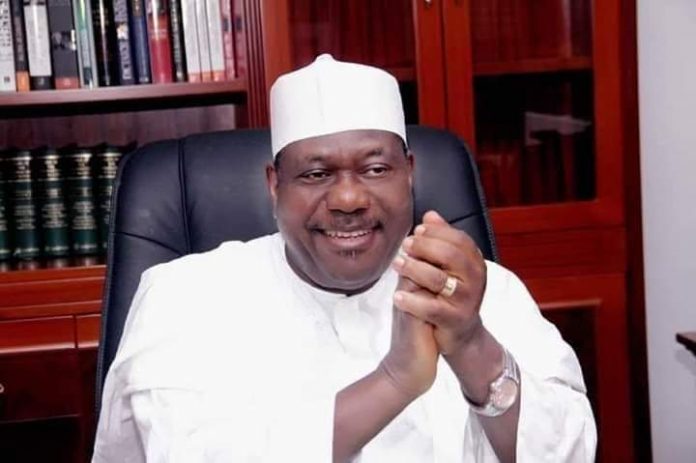 The Minister of Special Duties and Inter-governmental Affairs, Mr. George Akume, has expressed concern over the rising cases of gender-based violence in the country.

The minister spoke with newsmen in Abuja on Tuesday on the sideline of the event organised by the Centre for Peace advocacy and Susteinable Development(CEPAD) to commemorate 16 days activism movement.

Akume, who was represented by Dr. Fatima Ibellegoto, Special Adviser to the Minister, said that for Nigeria to achieve national peace, the issue of gender based violence must be tackled.

“My minister has passion for youths in Nigeria, he has had a lot of empowerment programmes for the youths, including the Almajaris, and also taking youths off the street.

“The minister is not happy about gender based violence, he wants to see every woman happy and every daughter amount to something and he is also very passionate about the Nigerian youths.

On her part, she advised women to empower themselves through hard work and independence, stressing that over-reliance on a man can lead to gender based violence.

Also Speaking at the event, Mrs. MaryRose Oduche, Founder Destined Child International Foundation, highlighted workable solutions that would address issues of gender based violence while stressing that the figures were alarming .

“Sensitisations and trainings must be carried out in every corners, all hands must be on deck, we must come together to fight this fight, programmes and talks should be organised because information is key.

“Listening to the students today made me worried, the figures are alarming, when you are informed, you will not be deformed,” she said.

Mr. Austin Igwechi, Executive Director, CEPAD , emphasized on the need to initiate solution driven methodologies to deal with issues of gender based violence.

“One of the sustenability plans is to build safe space centres for victims of gender based violence, the centre will be a response centre where victims can find solace and help during these times.

READ ALSO  I Don’t Like to Show Off. But God Definitely Loves to Use Me to Show Off and I Love It - BBNaija's Laycon

“16 days activism is a United Nations women’s programme to create awareness around gender based issues; this year’s theme is, “Orange the world, end gender based violence now .

It began on Nov. 25 and will run through Dec 10, there will be awareness creation and engagement of stakeholders to ensure that different norms and practices that contribute to issues of gender based violence are dealt with.

“One of our recommendation in our project is the establishment of special court to deal with issues of gender based violence, we have a faster process, a lot for justice to be served,” he added

Xi calls for cooperation as video conference with Biden begins

Panic As Jibrin’s Guber Campaign Office Burnt Down In Kano