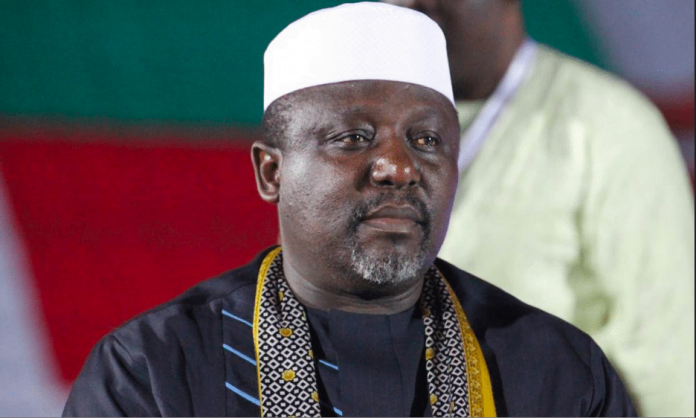 Rochas Okorocha, the former governor of Imo State, has been arrested by the Economic and Financial Crimes Commission.
Wilson Uwujaren, the EFCC’s Head of Media and Publicity, told reporters on Tuesday that Okorocha had been arrested in Abuja.
Uwujaren, on the other hand, declined to comment on the reason for the Senator representing Imo West Senatorial District’s arrest.

When questioned, an EFCC official stated, “It is true, he (Okorocha) was arrested today in Abuja, but we are not providing details.”

Okorocha’s latest arrest comes just weeks after Imo State Police Command operatives arrested him in February for allegedly unsealing Spring Palm Estate, which is linked to his wife, Nkechi.
The Imo State Government sealed the estate and other properties it claimed Okorocha and his family members had “diverted,” but the Senator has since stated that the properties were legitimately his and his family members’.

The former governor has clashed with his successor, Hope Uzodinma, who has vowed to recover all “diverted” assets.