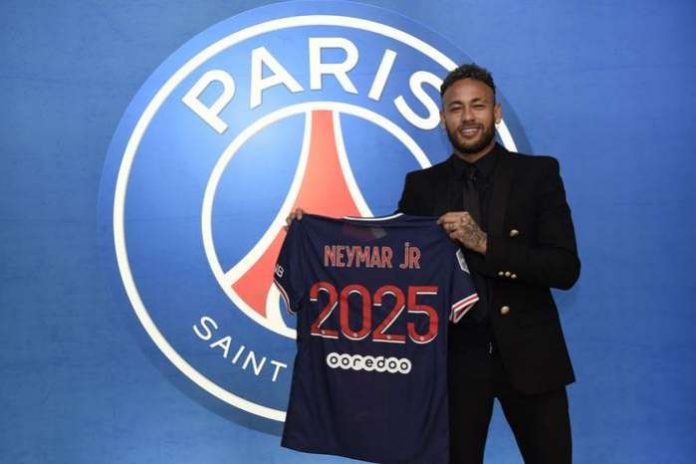 Neymar has signed a new contract with Paris Saint-Germain that will take him through until 2025 at Parc des Princes, the club has confirmed.

The Brazilian, who moved to the Ligue 1 heavyweights from Barcelona in 2017 for a world-record transfer fee, has ended months of speculation over his future after renewing terms with Mauricio Pochettino’s side.

It represents a major boon for the French outfit, who have dominated domestic football and seen increased European success since his arrival from Camp Nou four years ago.

The 29-year-old has played over a hundred games for les Parisiens since he made a €222 million (£193m/$270m) switch from Spain to France, helping to significantly raise the profile of PSG as they looked to establish themselves among Europe’s historic elite.

In his first three seasons, he helped the club achieve two domestic trebles and a further double, winning the Ligue 1 title in each of those campaigns, while continuing to bolster their continental standing.

The announcement that Neymar will remain at the club beyond the end of his previous deal will undoubtedly please both club powerbrokers and fans, particularly as they look to take the final step to continental success and claim the Champions League.

Last season’s final defeat to Bayern Munich represented the nearest that the club have come to the coveted trophy, and only fell short in the semi-finals this year against another well-financed club seeking a maiden triumph in the form of Manchester City.

As speculation continues to swirl over Kylian Mbappe’s future in the capital, however, the news that the Brazilian is committed through the next half-decade – well into the autumn of his career – is a major boost for Pochettino, as he continues to attempt to build his own vision following a frustrated half-season at the helm.