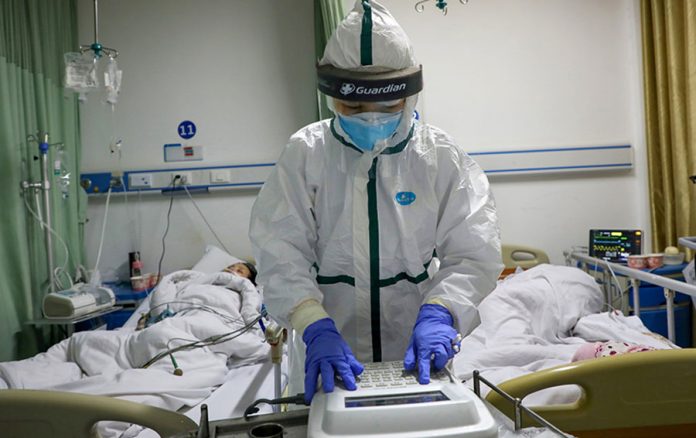 The Nigeria Centre for Disease Control (NCDC) says the country’s  COVID-19 infections continue to rise as the total number of cases hits 178, 096, as of Aug. 8.

The NCDC, which made this known via its website on Monday morning, confirmed additional 471 infections.

It named Lagos and Akwa-Ibom as states leading the bulk of the nationwide surge.

The News Agency Of Nigeria (NAN) reports that the new infections indicate a decrease from the 473 cases announced a day earlier.

The agency said the 471 additional infections were recorded in 12 states and the Federal Capital Territory (FCT).

It noted that Lagos State emerged as an early hotspot for coronavirus and had continued to have some of the highest cases in the country.

It said the state with an ambitious plan to fight back the virus, reported the highest infections of the day with 219 new cases and had continued to lead the country’s chart both in confirmed and active cases.

The public health agency stated that nearly half of the new COVID-19 Delta Variant infections nationwide were in Akwa Ibom, a situation that made the Federal Government consider changing its vaccine distribution mechanism to hot spots.

The health institute added that the spike in cases had been pronounced in Akwa Ibom.

It noted that though the state had seen the highest rate of new infections in the past two weeks it, however, registered 102 cases.

It stated that 291 people had recovered and were discharged from various isolation centres in the country on Saturday.

The agency said that to date, 165,763 recoveries had been recorded nationwide in 36 states and the FCT.

The NCDC added that the country had also tested more than 2.5 million samples for the virus out of the country’s roughly 200 million population.

It stated that the country’s COVID-19 average test positivity rate was six per cent.

The health agency said two new deaths were recorded on Saturday raising the total number of fatalities in the country to 2,187.

Meanwhile, in spite of the third wave of the coronavirus pandemic causing havoc in the country, the Presidential Steering Committee (PSC) on COVID-19 has announced the postponement of distribution of the second batch of COVID-19 Moderna vaccines doses donated by the United State of America.

The exercise was earlier scheduled to begin on Aug.10, at the Federal Medical Centre, Jabi, Abuja.

It postponed the exercise due to some unforeseen circumstances.

The NCDC advised Nigerians to get vaccinated regardless of whether they had COVID-19 or not.

With the COVID-19 cases rising and vaccination rates on the decline, health experts say they are concerned about the next chapter in the pandemic, especially for Nigerians with underlining sicknesses.