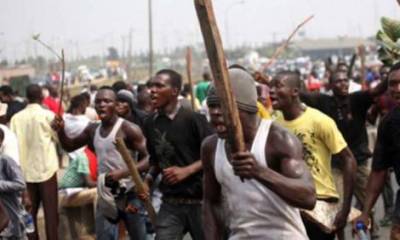 Yakubu Ibrahim, the All Progressives Congress (APC) Chairman in the Dutse Local Government Area of Jigawa State, was on Monday beaten up by aggrieved members of his party, according to SaharaReporters.

The development followed an announcement by Governor Muhammad Badaru of the names of the party’s candidates for the local council elections in the state.

According to a statement by the governor’s spokesperson, Auwal Sankara, Bala Chamo was picked as the party’s chairmanship candidate for Dutse Local Government Area.

But some members said Chamo’s choice was against the preference of most party members in the council area.

The angry members invaded the party secretariat during a meeting, dragged out the APC chairperson, and tore his clothes.

The 70-year-old Ibrahim was reportedly hospitalized following the incident.