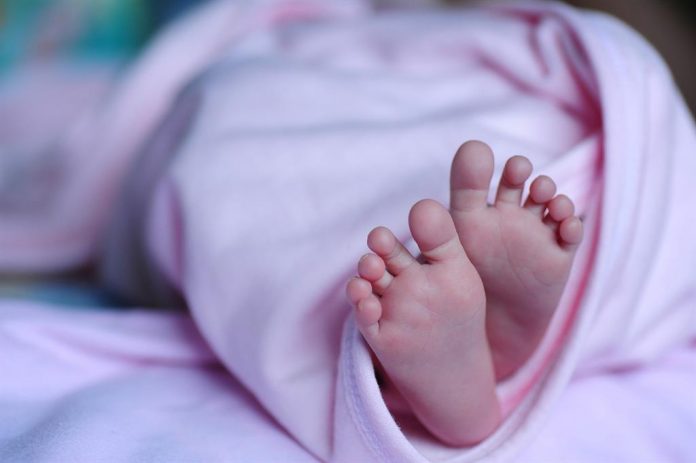 A passer-by rescued a newborn baby who was dumped inside a bush on Tuesday in Moferere area of Ado Ekiti, the Ekiti state capital.

The baby girl, which still has a placenta attached to its umbilical cord and covered in fresh blood was believed to have been dumped in the area by her mother.

A source close to the scene said the baby without clothes on was covered with a polythene bag before it was discovered and rescued by a young man passing through the area around 8 am on Tuesday.

He said, “The man, who is about 20 years old and some residents of the area immediately took the baby to a nearby private hospital for medical attention.

“The baby, wrapped in a polythene bag was discovered by a bush beside an uncompleted building by passers-by including the young man who brought it to the hospital”.

The management of the hospital contacted the police and the state ministry of women affairs on the matter.

One of the staff of the hospital who craved anonymity said the baby is in good condition adding that residents of the area have been donating clothes to the baby.

An official of the state ministry of women affairs and a policewoman later took the baby away from the hospital.

Reacting to the development, some residents of the area condemned the action of the supposed mother of the baby describing it as wickedness on her part.

Confirming the incident, the Police Public Relations Officer, Ekiti State Command, Mr Sunday Abutu said the attention of the police was drawn to the issue of the abandoned baby around 8am today.

Abutu who posited that the baby must have been dumped at the place late on Monday evening, however, said a team of operatives led by the divisional police officer of the area and officers of the ministry of women Affairs rescued the baby and took her to the hospital.

Abutu said efforts are on to identify the mother of the abandoned baby.

FG to address plight of street children through sports –Uwais