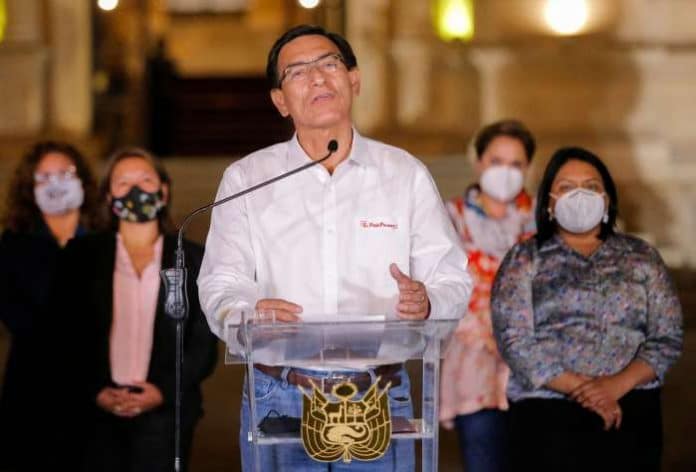 The president is accused of being one of 470 people who were secretly immunized against the coronavirus prior to the official start of the country’s immunization campaign.

According to Vizcarra, he was taking part in a clinical trial.

The decision to remove him from office was made by Congress during a five-hour virtual session, with 86 votes in favor, no votes against, and no abstentions.

Vizcarra will be unable to fill the deputy seat he won in legislative elections held last Sunday, which were held concurrently with the first round of a presidential election.
He was elected president in 2018 and was impeached by Congress in November 2020 on corruption charges, which he denies.
He stated before the start of the Congress session on Friday that the proceedings initiated against him were invalid.

“Congress is abusing its authority by continuing its session without allowing me to exercise my right to self-defense… “Congress is not above the law or the constitution,” the former president tweeted.

He said he was determined to fight the decision.

“We have no doubt that this situation will be reversed. This Congress is delegitimized. We will appeal to national and international bodies,” he told reporters outside his home in Lima.

“Southeast Governors Are Desperate, They Want To Sacrifice Igbos For Power”...