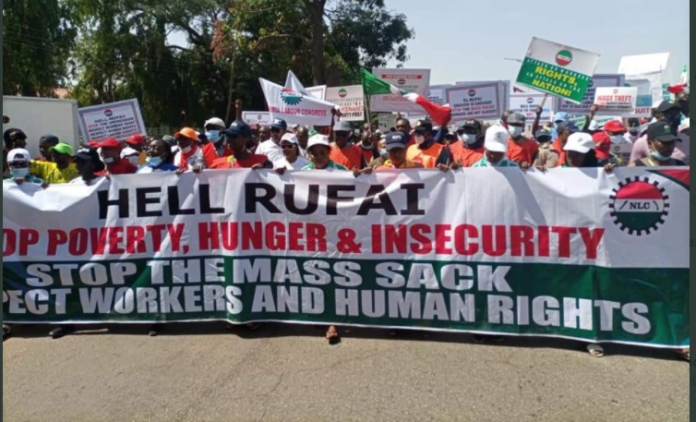 The Nigeria Labour Congress has commenced a five-day warning strike in Kaduna State as electricity supply, government schools and offices, banks, airport, train station have been totally shut down.

Workers across the state and leadership of all the affiliate unions of NLC have converged at the state capital, Kaduna, to ensure the success of the strike, Tribune reports.

As early as 8 am, workers gathered at the state office of NLC, by the state secretariat carrying placards with various inscriptions against the state governments, to commence a protest.

He stated that the Kaduna State government has been feeding the public with lies as none of the labour unions and their leaders were consulted as claimed by the government.