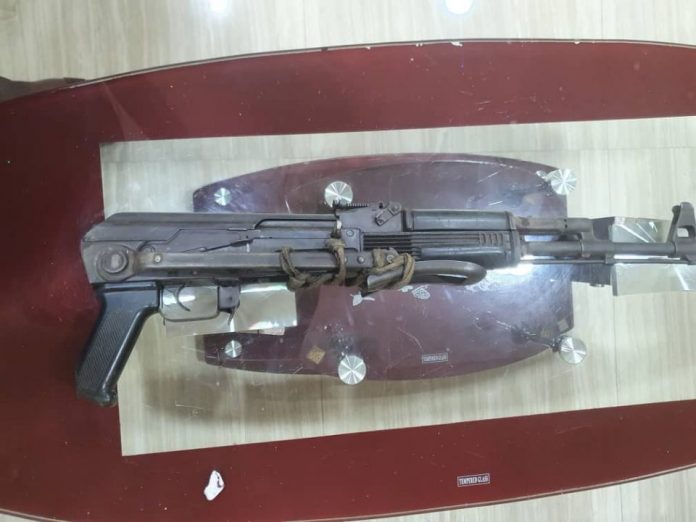 On Sunday, security personnel from the Oyo State Police Command’s Monitoring Unit recovered an AK-47 rifle from a suspected gunrunner who had eluded capture.

According to reports, security operatives led by the Commander, CSP Olusola Aremu, intercepted the riffle while on stop-and-search duty at Bakatari, a community located between the states of Oyo and Ogun.

The gunrunner fled with his Bajaj motorcycle when he spotted the tactical security team from a distance while they were conducting routine checks, according to DSP Adewale Osifeso of the Oyo State Command.

The men were said to have responded by swiftly going after the suspect into the pathway leading to a nearby forest.

A sack reportedly fell from the back of the suspect’s motorcycle.

The PPRO said, “A cursory look into the content of the sack revealed it was an AK-47 rifle with breech number 353913.

“Comprehensive investigations are ongoing, not only to apprehend the suspect but to crackdown his criminal network and supply chain.

The success of security operations is dependent on logistics support –...