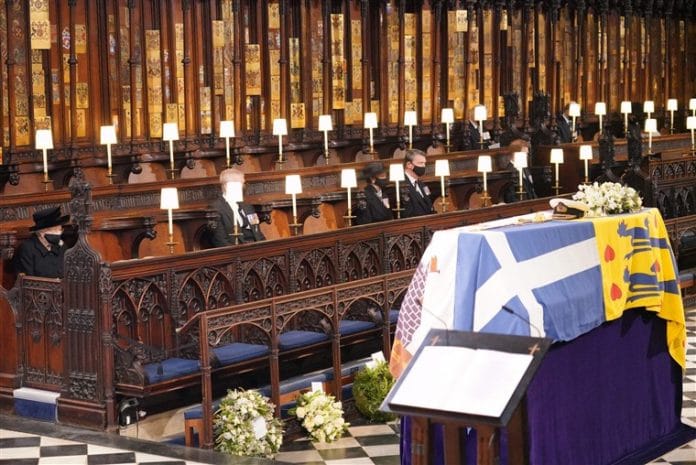 On Saturday, Queen Elizabeth II laid to rest her late husband, Prince Philip, in a royal funeral unlike any other, hampered by coronavirus restrictions but reflecting his long military and public service career.

Philip, who died on April 9 at the age of 99, was laid to rest in the Royal Vault at St George’s Chapel at Windsor Castle, west of London, following a 50-minute service attended by only 30 guests but watched by millions on television.