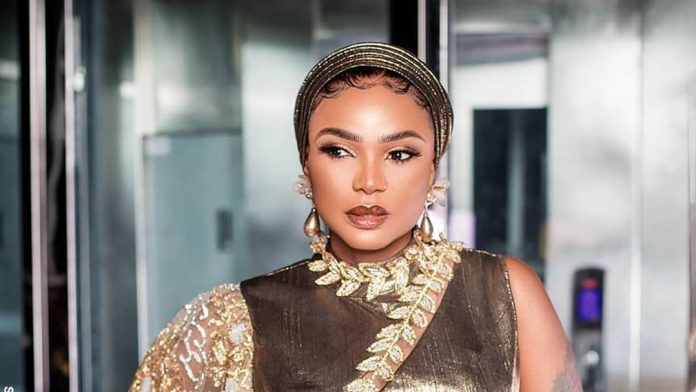 Popular Yoruba Actor Iyabo Ojo in a recent post slammed Yomi Fabiyi a collegue in the industry over the comments he made on social media commiserating with Baba Ijesha who has been arrested for allegedly molesting a 14-year-old girl.

His post came after police revealed in a statement that Baba Ijesha confessed to the crime and was caught on CCTV. Yoruba actor Yomi Fabiyi released a post asking his colleagues not to jump to conclusions. He went on to demand evidence first.

The actress and tiktok Queen did not take it likely with the post as she reacted immediately via her instagram handle.

It would be recalled that in an earlier post, instagram Comedienne Princess released a video where, with tears in her eyes, she expressed how sad she felt that Yomi was requesting for the CCTV footage.

According to Princess who is the foster parent of the victim, Baba Ijesha first assaulted the girl sexually when she was 7. Another time, he is said to have penetrated her with a key.

At this point, Princess said she put up a CCTV camera in the house and alleged it captured Baba Ijesha in the act. She says that when he was confronted, he confessed “4 times” and blamed the devil.

Shortly after the video by Princess, Iyabo Ojo took to her Instagram page to address the issue and respond to Yomi Fabiyi.

Watch the video below:

Why I Won’t Reveal My Lover On Social Media Till We Get Married – Actress, Iyabo Ojo

Actress, Iyabo Ojo surprises her friend with gigantic bouquet of Naira notes for her birthday